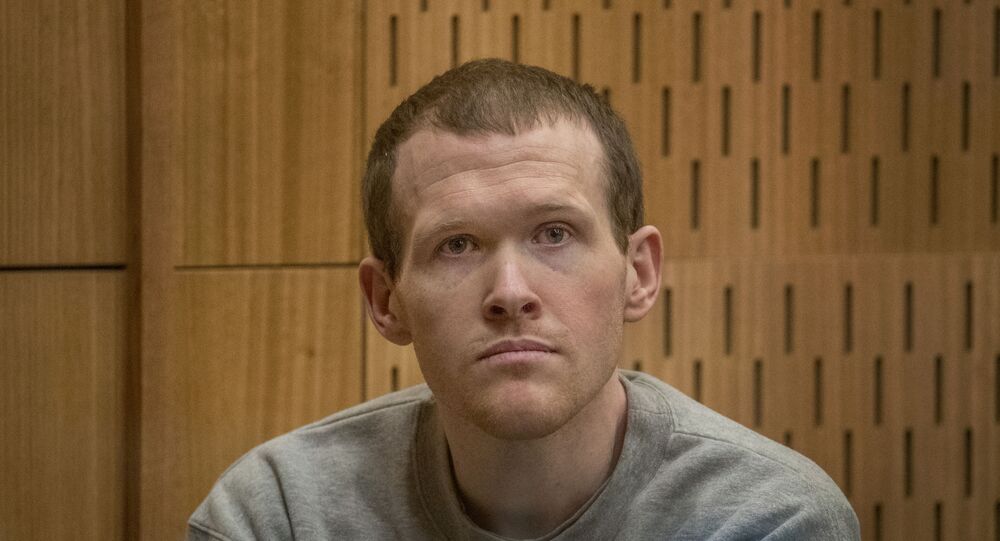 MOSCOW (Sputnik) - The Christchurch shooter who in 2019 killed 51 people in attacks on two New Zealand mosques, Brenton Tarrant, had planned to burn down the buildings down after his killing spree, a judge read during the terrorist’s sentencing hearing.

Tarrant, a self-confessed white supremacist, pleaded guilty to 51 charges of murder, 40 charges of attempted murder and one count of terrorism. His sentencing hearing began on Monday and is set to take four days. Tarrant has refused a defence attorney and is representing himself in court.

According to the charges, read out by Crown Prosecutor Barnaby Hawes, the terrorist had carefully planned out the attack with the intent of inflicting as many fatalities as possible.

Prior to the attack, Tarrant obtained a large amount of information about the mosque interior plans, locations, prayer times and important dates of the Muslim calendar “to ascertain when the mosques would be at their busiest,” Hawes read in a video shared by the New Zealand Herald.

In addition to the large number of firearms and ammunition in Tarrant’s car, there were also “four modified petrol containers intended for use as incendiary devices. The defendant's intention was to burn down the mosques at the conclusion of the attacks.”

Tarrant, an Australian national who moved to New Zealand in 2017, was present in the courtroom and showed little remorse. He will remain at the defendant’s stand for the coming four days when the court is set to hear testimonies from about 66 people.

The attacks, which Tarrant carried out on 15 March 2019 in the largest city on New Zealand's South Island, were broadcast live on Facebook via a camera that Tarrant wore on himself.