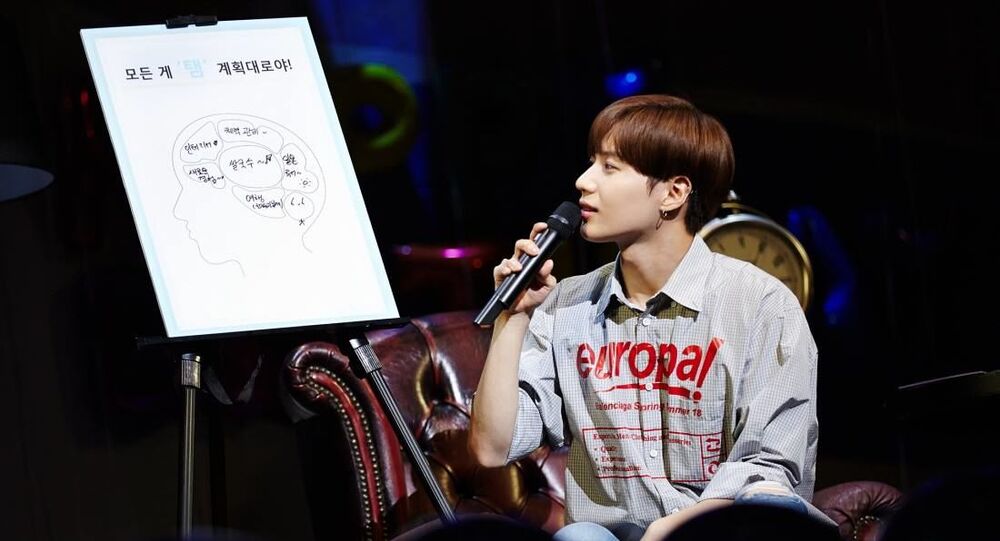 SHINee's Taemin to Get His Own Reality Show - Video

The show is set to be aired starting 3 September.

Shawols, fans of SHINee and who are longing for more activity from the band's members, got a surprise from SM Entertainment on 20 August. The agency announced a show named "Rare Taem", where the singer will play a board game in each episode and carry out the missions he's given as a result of the game. The action will take place in a cottage in the mountains where Taemin, the main dancer, maknae of SHINee, as well as a successful solo artist, will have missions like in videogames.

A teaser video for the show is released on both SHINee's official YouTube channel and the Smtown channel on Naver V Live. The first episode will be aired on 3 September.

Taemin is currently in the middle of working on his own third full album, "Never Gonna Dance Again", while the pre-released prologue song "2 Kids" has topped ITunes charts in 19 countries.

Details regarding the album's release are still unknown.

Alongside his own comeback, Taemin also shines in SM Entertainment's group SuperM's comeback, the first full-length album of which, “Super One”, will be out on 25 September.

Fans are very excited over the news that their precious maknae will be more active:

What is life? #Taemin ♠️💙💚💙💚💙 @SHINee another reality show with Taemin in it. Sure sure sure 👑 pic.twitter.com/nLE14qpsS8