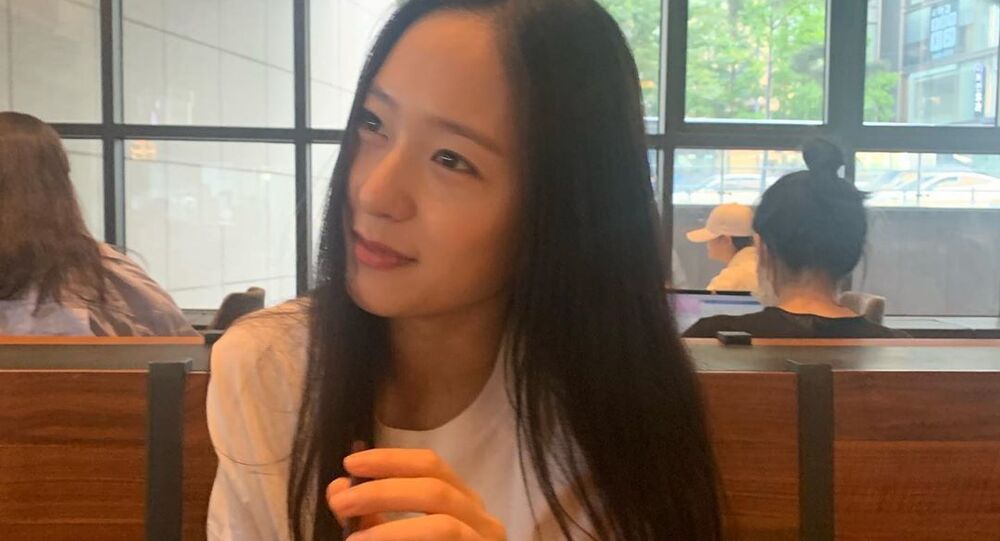 One of the stars of the second generation of Hallyu wave is thinking about becoming a free agent.

Krystal's exclusive contract with the biggest South Korean entertainment company SM Entertainment is expiring soon and the member of the girl group f(x) is leaving the agency to begin a new chapter in her life in a new place, Ilgan Sports reported on 18 August citing an industry source.

According to the publication, Krystal already met some actor agencies and was looking for a company that can focus on her acting career and support her f(x) activities, as other members of the legendary band have also not renewed their contracts with SM Entertainment.

The representatives from SM Entertainment said that the contract with the artist will expire at the end of August and they will continue to discuss its renewal with Krystal.

Krystal debuted in 2009 with the 5-member f(x) girl band including Luna, Amber, Victoria and Sulli. Since its debut, the band got a huge amount of audience attention: they were called “next Girls Generation”, and a “female version of SHINee”. And not only that: Krystal got a lot of personal attention, as with her sister Jessica as the main vocalist in Girls Generation, the expectations were high.

Member Sulli left the band in 2015 to focus on her acting career. Mostly appearing in K-drama cameos, she became the target of cyberbullying while the ambassador for the no bra movement and her public image was always attacked in the conservative South Korean media. Sulli committed suicide in 2019 and left a huge impact on Korean society and the culture of K-pop idols as well.

Other members: Amber, Luna and Victoria did not renew their contracts in 2019, leaving Krystal as the only group member remaining on the label. Recently, her career was mostly concentrated on acting, she starred in such hits like The Heirs (2013), Legend of the Blue Sea (2016) and The Bride of Habaek (2017). The main reason for the band being inactive for some time was the ban of the South Korean culture in China and Victoria, who is originally from China, could not take part in promotions of f(x).

f(x) were praised for their experimental style and they remain one of the most remarkable girl groups in K-pop even after years without doing any promoting. They were the first Korean artists ever to perform at SXSW, a huge film, interactive media and music festival which takes place annually in Austin, Texas, and the first South Korean band to enter the American channel Fuse chart among the “41 best albums of 2013”.

Fans of the band have high hopes then that after Krystal leaves SM, they will get the reunion they have longed for a long time:

and when krystal does an ig live and luna comments "congratulations for getting out of sm" then what ....pic.twitter.com/UVanvlhDJT

leaving sm after spending almost all of her life there is a big decision, when jessica left sm krystal STAYS for her group, i have to say im so proud of her, she didn't leave when people expect her too, she leave on her own decision at the right time

How Krystal walked out of SM pic.twitter.com/3q5825ixbA

cant imagine If 3rd & 4th gen kpop stans witnessed Krystal back then. She was THE standard of cold and chic beauty companies now aim to make, bitchy looking but classy as fuck goddess that lots of male idols confessed their heart for on national television pic.twitter.com/YfoF5xGKXL

everyone calling her to give her love, the world if she wants it and also offer a place in their agency: pic.twitter.com/ylxGQWJr6s