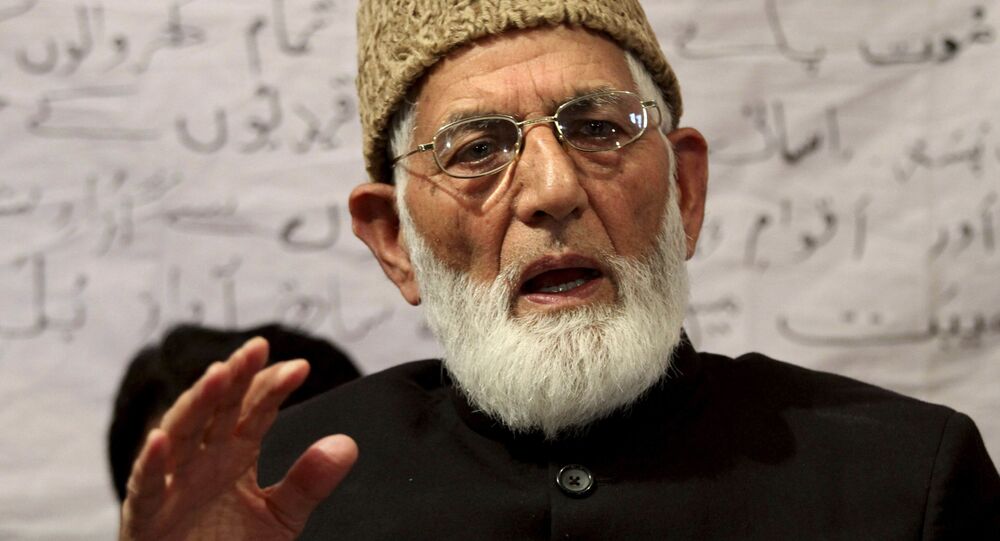 New Delhi (Sputnik): Critical of India’s decision on Jammu and Kashmir, a disputed territory also contested by Pakistan, Islamabad has passed a resolution to award the highest civilian honour to Syed Ali Shah Geelani, who has been a champion of Kashmir’s independence from India for three decades.

Geelani, 91, was awarded on the Independence Day of the country at the president’s house to pay tribute to the leader for his “life-long services and sacrifices for the just and fair settlement of Kashmir issue in the light of UN Resolution”.

​The award was received by local Hurriyat leaders in Islamabad on behalf of Geelani, who is currently residing in India-administered Kashmir.

Geelani, however, has not reacted to the recognition by Pakistan.

The “chairperson for life” of the All Parties Hurriyat Conference, an umbrella alliance of pro-independence groups, Geelani recently resigned from his post, citing conspiracy and rebellion against his leadership after Article 370 was scrapped on 5 August last year.

“Pakistan will not leave Kashmiris alone. The Kashmir issue has been debated at the UN Security Council four times during the last one year, which is a big success of Pakistan’s foreign policy", said Alvi, Pakistan's president, during the ceremony.

Pakistan recently released a "new" political map of the country, including the Indian side of Jammu and Kashmir as well as Gujarat's Junagarh in its territory. New Delhi slammed the move, calling it absurd and described it as Islamabad's "obsession with controlling more areas".

Pakistan downgraded its diplomatic ties with India when New Delhi revoked the special constitutional status of Jammu and Kashmir in August 2019.