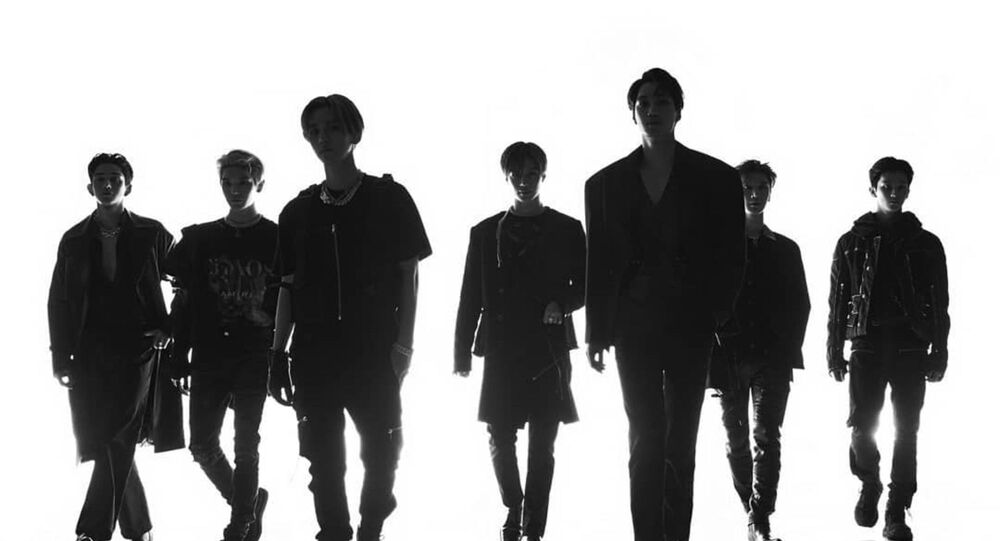 The group's first full-length album, “Super One”, will be out on 25 September following various promo activities.

Joint SM Entertainment's boy band SuperM, consisting of members from the label’s other successful groups, released a music video teaser for the pre-release of the single "100" after a series of bold and colourful photo teasers on 13 August.

The second single from the album that is scheduled to be released on 25 September - "Tiger Inside" - will be out on 1 September and the group will not only promote their comeback in South Korea, but in the United States too.

The boy band will perform the title track "100" on TV for the very first time during a 20 August broadcast of the famous morning show "Good Morning America". The show is known for having the highest ratings among morning programmes in the US, and some famous K-pop bands - like BTS, NCT127, Blackpink and MonstaX - have already appeared there.

In South Korea, SuperM is expected to attend JTBC's "Knowing Brothers" (or "Ask Us Anything") show, which will be their first South Korean variety programme appearance since their debut in 2019.

Fans are impatiently waiting for the activities and the new album.

#SuperM ON KNOWING BROS THIS MONTH