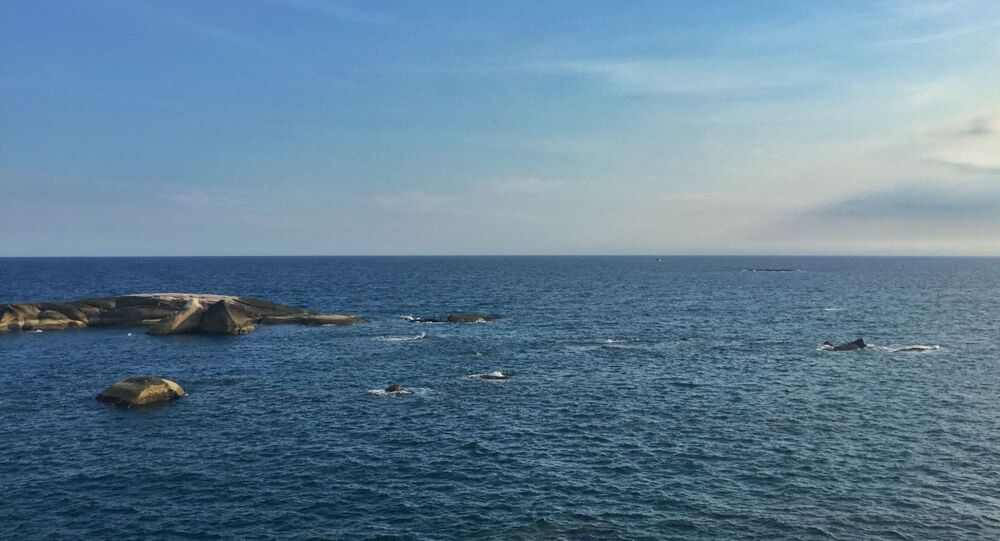 Forbes reported on Sunday that the US military probably has enough fighter jets to win a war against China in the Western-Pacific region, but it doesn't have enough bases there. The report suggested that the US army could "borrow" bases from China by "dropping paratroopers or landing Marines" on some of China's islands and reefs.

However, the US military's desire to achieve such a combat goal with the Marine Corps alone is tantamount to a daydream. If the US Navy and Air Force do not offer help to secure control of the air or not enough US troops are deployed in the operation, Marines alone - even if the landing is the strength of this service - will never make it. Marines alone might succeed with a small and militarily weak country as target. But China is not one.

A military operation of this kind will not be carried out before the Pentagon, the US Indo-Pacific Command and the US Marine Corps Forces Command all give green lights. But high-level military officials will make the call from the level of national interests, and take into consideration the situation of other countries in order to maximize their strategic interests. Hence, they are not likely to meet the needs of only one service branch.

Chinese State Councilor and Minister of National Defense Wei Fenghe on Thursday took a phone call from US Secretary of Defense Mark Esper upon invitation. The two sides exchanged views on bilateral ties and military relations, as well as the next phase of bilateral military exchanges. Well aware of the standing tensions, Esper said the two militaries should maintain dialogue and consultation to manage crises, avoid misjudgment and reduce risks.

In the context of this consensus between Beijing and Washington, the assumption that US troops could capture China's islands and reefs in the South China Sea is no more than media speculation. It is based on the premise that there will be large-scale military conflicts between the two major powers.

But judging from the current combat readiness of the US military, the reports on this topic are more of an attempt to heat up the situation. It reflects that certain US military branches, such as the Marine Corps and even the US Army, want to take the advantage to demonstrate their importance to America's South China Sea strategies. They are struggling for a more important role in future US military deployment and trying to get a bigger military budget from Congress.

The current Commandant of the Marine Corps David H Berger assumed the duties on 11 July 2019.  One might surmise that he focuses mainly on how to make full use of his service instead of developing an overall strategy.

US military news website military.com cited retired Marine Colonel Mark Cancian as saying that the Marine Corps right now is like, "a Swiss Army knife whose owner has ripped out a couple of blades because he doesn't think he's going to need them anymore." Based on the two above-mentioned reports, it is obvious that the Marine Corps hopes to gain more importance in the eyes of the Pentagon.

China's construction on its own islands and reefs in the South China Sea is mainly for civil purposes. Necessary defence facilities are also deployed on them too. This is an exercise of self-preservation and defence, a right granted by international law to sovereign states. It has nothing to do with the so-called militarisation of the South China Sea issue whatsoever.

The US sees the region as leverage to contain China. It has constantly hyped and exaggerated the so-called military purpose of these islands and reefs only in order to push for greater flexibility to conduct military operations in the area.

© AP Photo / Xinhua
Chinese Bombers Take to Skies Above South China Sea for ‘High Intensity Training’ - Video
But if the US military really reaches out to capture China's islands and reefs, it will declare the start of a total war with China. By then, the US troops will have to face an all-out counterattack from the People's Liberation Army (PLA) and will certainly pay a heavy price for their reckless decisions. After all, the PLA faces no rivals within the first island chain.

In any case, regardless of whether the media is hyping the China-US military conflict in the South China Sea, the PLA will be well prepared for a potential war. It will conduct an objective and calm analysis of the situation, rather than be misled by media fantasies.

This article has been published in cooperation with the Global Times.