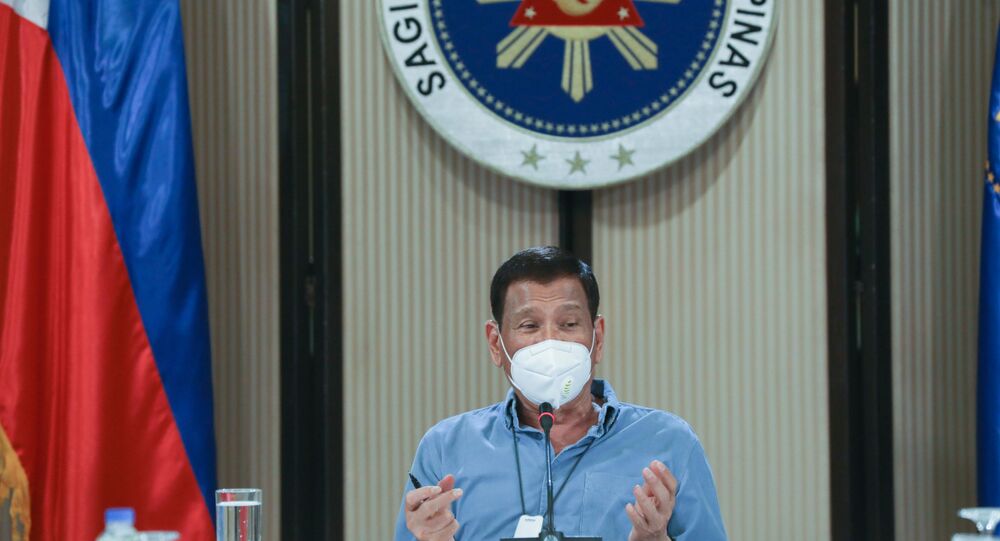 The Asian island nation previously confirmed at least 136,000 COVID-19 cases and a death toll of 2,294. The daily coronavirus increase in the Philippines has reached nearly 7,000, making it the 6th-highest spike in the world and the highest in the region.

Philippine President Rodrigo Duterte has praised a COVID-19 vaccine under development by the Russian Direct Investment Fund (RDIF), stressing that he is ready to be the first subject of the trials in his own country.

"I will tell [Russian] President Putin that I have huge trust in your studies in combating COVID and I believe that the vaccine that you have produced is really good for humanity", Duterte stated on Monday, adding that he can be "the first they can experiment on".

On Tuesday, Duterte's office also stated the Philippines stands ready to work with Russia on vaccine trials, supply, and production.

In the meantime, RDIF CEO Kirill Dmitriev on Monday confirmed that the fund is ready to hold clinical trials for a coronavirus vaccine in the Philippines in August.

Clinical trials of the vaccine in Russia began on 18 June at two institutions, the Burdenko Main Military Clinical Hospital and the Sechenov First Moscow State Medical University. All 38 of the participants developed immunity from the virus. The first group was discharged on 15 July, the second group on 20 July.