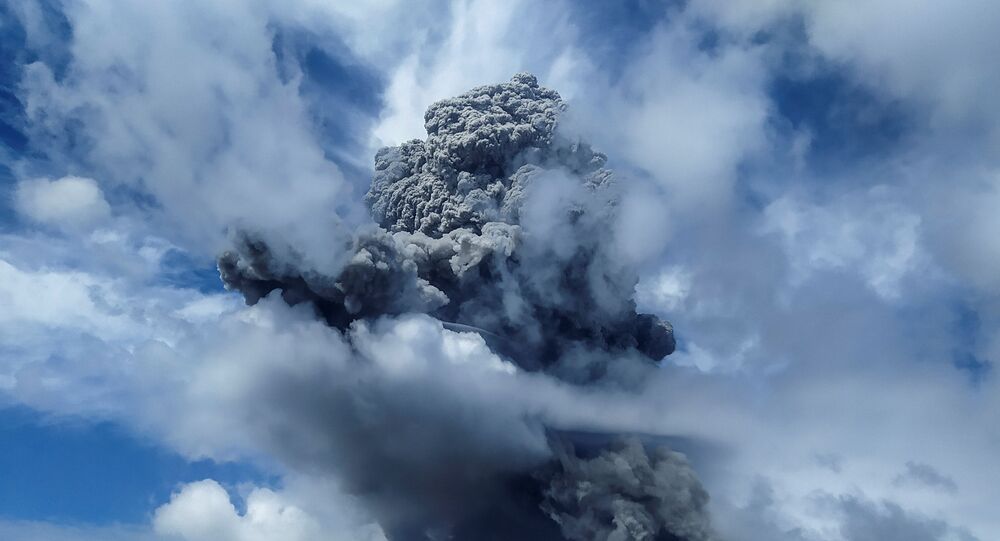 Mount Sinabung already erupted mere days prior to this most recent calamity, after about a year of apparent inactivity.

A cataclysmic event has occurred at North Sumatra, Indonesia on 10 August, when Mount Sinabung, a volcano located there, erupted, darkening the sky as it spewed vast quantities of ash into the air.

This situation comes after Mount Sinabung already erupted on August 8, after a year of apparent inactivity.

As the volcano proceeded to launch a gigantic cloud of ash about 5 kilometers into the sky, videos that appear to depict the aftermath of this event started emerging on social media.

Massive plumes of ash and smoke are rising from the #volcano into the sky. pic.twitter.com/pEWqsIIJbI

It's noon in Indonesia, that's the ash from Sinabung volcano blocking the sunlight. pic.twitter.com/HlDrFzmeUb

Just when you thought 2020 is done with disasters... Here is another, Sinabung volcano in Indonesia just erupted! pic.twitter.com/uwSVzzh9Pe

"The sound was like thunder, it lasted for less than 30 seconds," resident Fachrur Rozi Pasi told Reuters by phone.

No casualties have been reported so far, and a spokeswoman for the civil aviation authority said flights were still operating in the region, the news agency adds.

Local residents were advised to wear masks to minimize the effects of falling volcanic ash, as well as to stay outside of a 3 kilometer radius of the volcano , while the authorities issued a warning about possible lava flows.