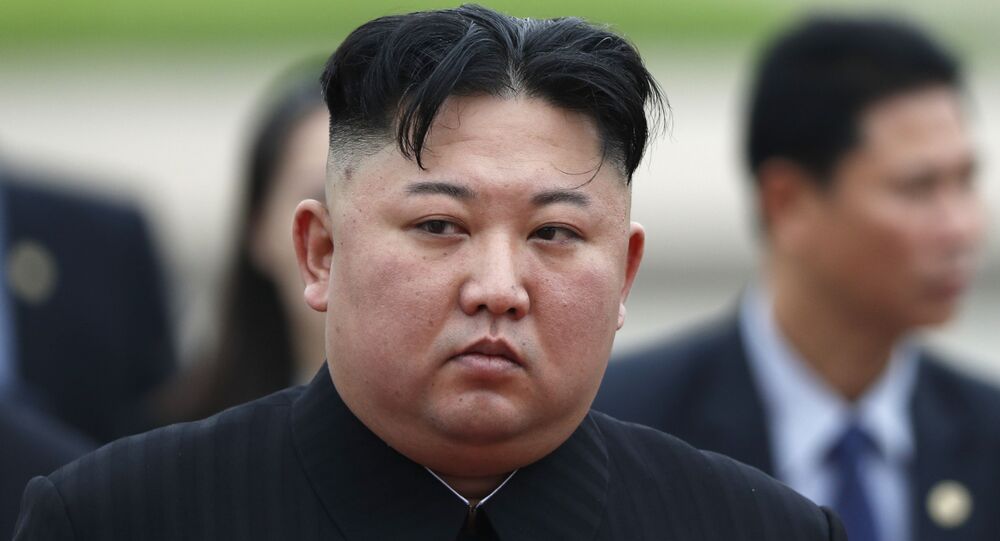 As “sources close to the Kim dynasty” allegedly explained, to use a public restroom during his travels across the country would be “unthinkable” for Kim.

The elaborate security measures employed by the North Korean head of state Kim Jong-un extend not just to his means of transportation, like an armored train and "special vehicles designed for travel over mountainous terrain or snow", but to the toilets he uses as well, the Daily Mirror reports.

According to the newspaper, the North Korean leader always uses private toilets while on a trip, with a number of the vehicles he uses – for example, a “luxury Mercedes” that was part of his convoy during the June 2018 summit in Singapore - being equipped with such facilities.

"Sources close to the Kim dynasty" also allegedly said that it would be “unthinkable” for Kim to use a public restroom during his travels across the country.

As the newspaper alleges, these toilet-related security measures are aimed at preventing Kim's "feces from falling into the wrong hands", quoting one North Korean defector as saying that "the leader’s excretions contain information about his health status so they can’t be left behind."

One source reportedly said that Kim uses of "exclusive toilets" in order to have his urine and feces examined "now and then" in order to ascertain his health.

The newspaper also points out that, "over the years", claims have emerged about intelligence agencies secretly "collecting or attempting to collect the feces of foreign leaders", so the reports about Kim's toilet habits do not seem "that far-fetched".