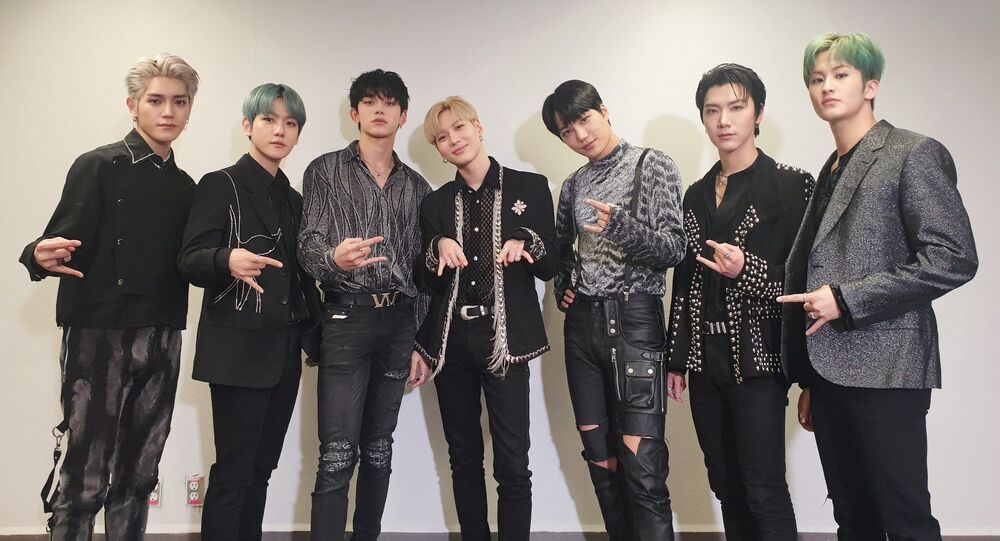 K-Pop Avengers Are Back: SuperM to Release First Full-Length Album Next Month

The super group will drop two singles before the release, named "100" and "Tiger Inside".

SM Entertainment has shown off the first concept photo teasers for the upcoming SuperM album and shared a schedule of the promotion on the band's Twitter account.

​Posters with fancy sports cars say "To overcome challenges together with the power of uniting as 'one'" and the upcoming album named "Super One" follows the concept.

The album will be the first full-length release since the unique team's debut in October.

SuperM brings together seven outstanding artists such as Taemin from SHINee, EXO's Baekhyun and Kai, NCT 127's Taeyong and Mark, and WayV's Lucas and Ten. All of the members are already successful artists and yet showed amazing synergy and power during live performances.

SuperM with their debut mini-album of the same name, was the first Asian band to top the "Billboard 200" chart, as well the No. 1 spot in at least eight other Billboard charts, including Artist 100 and the Top Album Sales. The joint team were also pioneers in terms of COVID-19 - they were the first one to perform a live concert using the livestream app and launched series of live performances named “Beyond Live”.

Fans of the group are happy to see their favs coming back with a strong concept and have caused the hashtag #SuperMiscoming to trend worldwide.

So #SuperMisComing and I have no words to explain how excited I am. So here are some symbols and emojis to evoke just a bit of what I'm feeling: !!🤯♡¥£$😃😍7*😭🤩!! pic.twitter.com/DqWOti9eQe