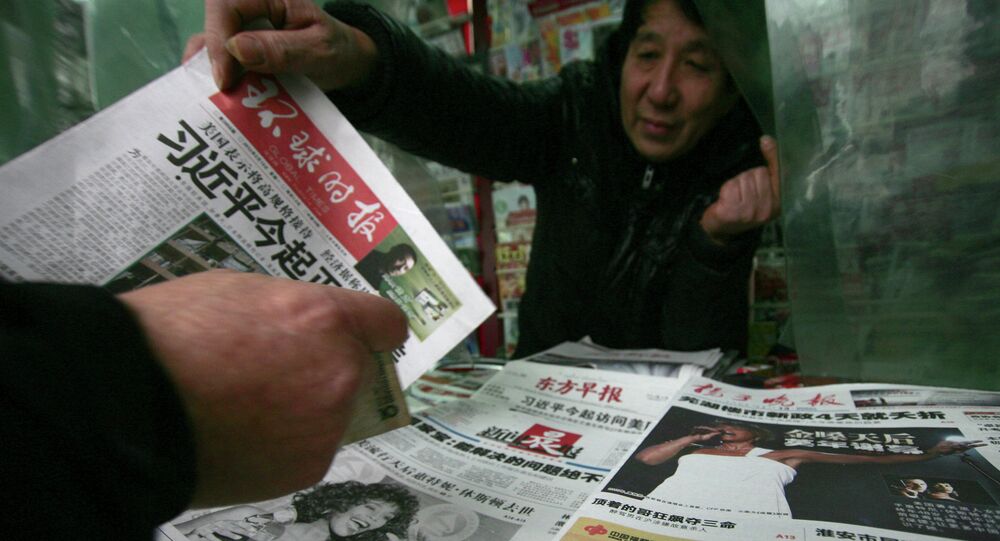 MOSCOW (Sputnik) - China has prepared for a worst-case scenario, in which all Chinese journalists will have to leave the United States amid an ongoing row, and is ready to take retaliatory measures concerning US journalists based in Hong Kong, Hu Xijin, the editor-in-chief of the country's official newspaper the Global Times, said on Tuesday.

The Chinese Foreign Ministry said in March that journalists from key US outlets like The New York Times, The Wall Street Journal, and The Washington Post must hand in their press credentials in response to a US decision to reduce the personnel of Chinese media outlets in the United States.

The move came after Washington designated a number of Chinese state media outlets as foreign missions in February. This led to the exit of about 60 Chinese reporters. Washington also required the country's media outlets to notify the State Department of their current personnel and real property holdings in the United States.