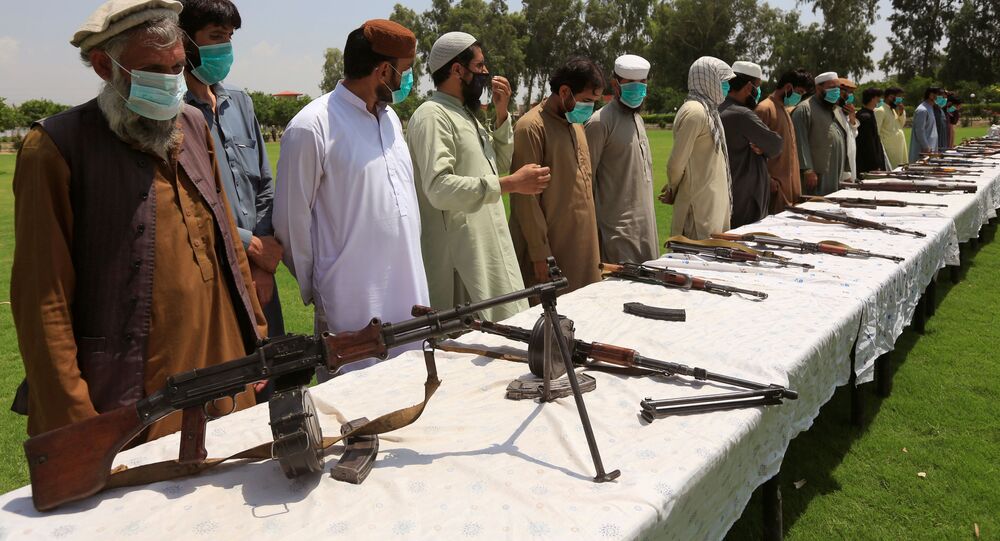 As US Backs Out of Afghan War, UN Records Lowest Civilian Casualty Rate Since 2012

A new United Nations report has found that civilian casualties are at their lowest rate in Afghanistan in eight years, largely because of the February ceasefire signed between the Taliban and US forces enabling the latter to begin withdrawing from the country.

The United Nations Assistance Mission in Afghanistan (UNAMA) has found the central Asian country saw a 13% drop in civilians being killed or wounded between January 1 and June 30, 2020.

By the end of June, 1,282 Afghans had been killed by conflict-based violence, and 2,176 had been wounded, according to the mission’s mid-year report, released on Monday.

In late February, the US and the Taliban militant group signed a ceasefire that could lead the way to an end of Washington’s 18-year-long war in Afghanistan. In late 2001, US forces invaded the Central Asian country after al-Qaeda terrorists who had been permitted to set up bases in the Afghan mountains used those bases to stage deadly terrorist attacks that killed thousands of Americans. Then the government in power, the Taliban was ousted and mounted an insurgency that the US and the Afghan government it set up have failed to quell.

While the terms of the agreement were anticipated to lead to a similar ceasefire between the Taliban and the US-backed government in Kabul, the violence has continued.

“At a time when the government of Afghanistan and the Taliban have a historic opportunity to come together at the negotiating table for peace talks, the tragic reality is that the fighting continues, inflicting terrible harm to civilians every day,” UNAMA chief Deborah Lyons told the Associated Press.

UNAMA noted that alongside the ceasefire, other periodic ceasefires, such the Taliban’s unilateral ceasefire before Eid al-Fitr at the end of Ramadan, contributed to the decrease in violence, but so did a pronounced decrease in attacks on civilians by the Islamic State-Khorasan (ISK), Daesh’s local affiliate. The report noted just 17 attacks by the group so far in 2020 that had caused civilian casualties, down from 97 in the same period last year.