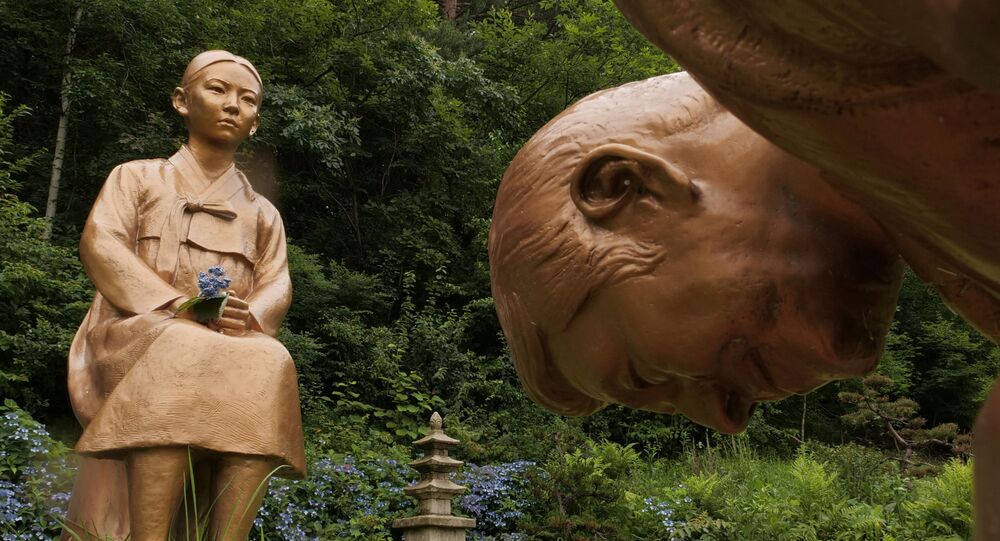 "While we have yet to confirm this, it would be unacceptable under international courtesy", Suga said, as quoted by the Kyodo news agency, adding that if reports were true then the statue would "decisively impact" South Korea-Japan ties.

The new monument, in which the man was reported to resemble Japanese Prime Minister Shinzo Abe, was erected in the botanical garden of Pyeongchang city in the northeastern Gangwon-do province. The statue, named Everlasting Atonement, was established by the head of the privately-run garden.

The comfort women system which forced women and girls into sex slavery was established by the Japanese imperial forces in occupied countries, including South Korea, during the Second World War.

In 2015, Seoul and Tokyo signed a deal that intended to resolve the "comfort women" issue by requiring Japan to fund an organization that provided financial support for surviving victims. Japan already transferred 1 billion yen ($9 million) to the organization, but incumbent South Korean President Moon Jae-in dissolved the 2015 deal amid criticism that the agreement, signed by the previous government, had ignored the opinions of survivors.

According to Suga, Japan continues to implement the 2015 deal and calls on South Korea to honor the agreement.