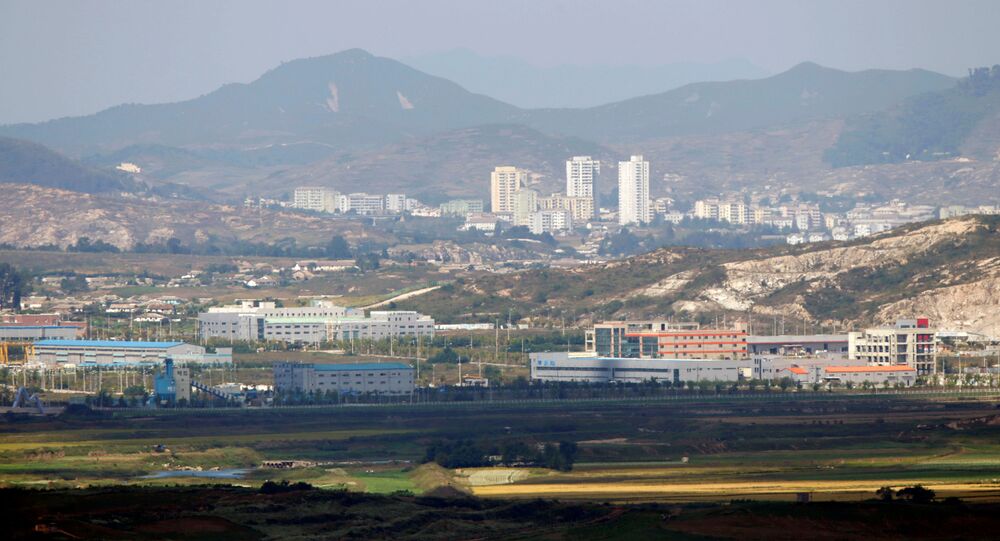 SEOUL (Sputnik) - A person who is believed to be a North Korean defector and has recently returned to his country is not infected with COVID-19, South Korea's Central Disaster and Safety Countermeasures Headquarters said on Monday.

"The appropriate authorities are currently checking the identity of the person who has returned to North Korea. However, regarding the person reported yesterday as a defector, he has not been registered as a coronavirus patient. He is also not registered in the system as one who has been in contact with any coronavirus patient," Yoon Tae-ho, a senior official at the headquarters, said.

Previously, North Korea announced that the first suspected coronavirus case had been registered in the country, the individual illegally crossed the border with South Korea earlier this month.

The Political Bureau of the Central Committee of the Workers' Party of Korea (WPK) held an emergency meeting on Saturday, attended by North Korean leader Kim Jong-un, to discuss the situation in the city of Kaesong, where the suspected case was registered.

© REUTERS / WOLFGANG RATTAY
COVID-19 Updates: White House Says Trump, Pence Not at Risk After O’Brien Tests Positive
Several South Korean media outlets described the man as a 20-30-year-old named Kim who came to South Korea three years ago. Last month he became a suspect in a rape case with an arrest warrant issued for him.

South Korea has over 14,000 confirmed coronavirus cases, and the country’s COVID-19 death toll stands at nearly 300, according to data from Johns Hopkins University.

North Korea, meanwhile, has maintained zero infections on its soil throughout the entire pandemic.