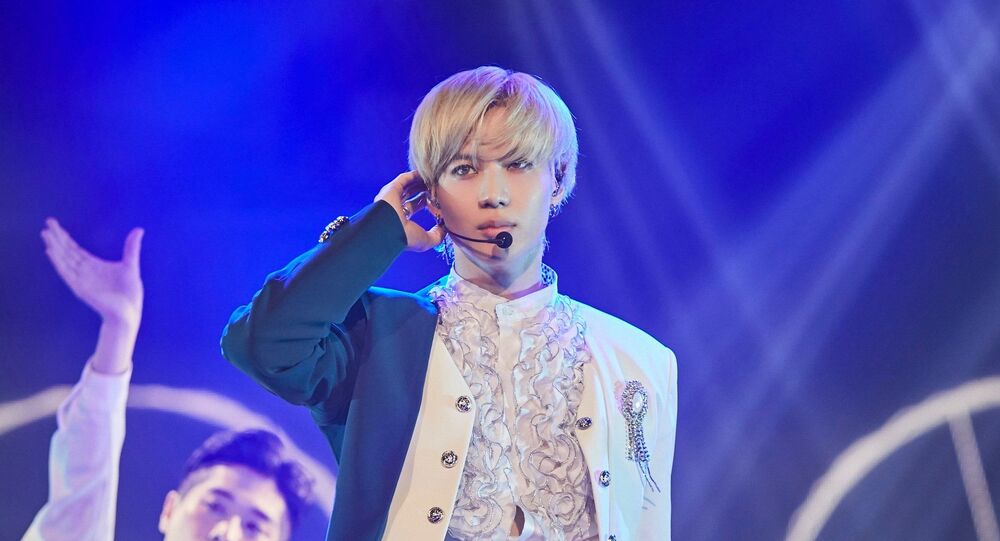 The Ace is Back: SM Drops First Teaser for Taemin's Comeback as Release Date Finally Announced

The K-pop star’s comeback was postponed several times earlier this year for various reasons, so it is not surprising that the news has hit Twitter trends worldwide.

SM Entertainment has finally confirmed the exact date for the solo comeback of the shining star of K-pop, Taemin. The biggest South Korean entertainment company has dropped the first photo teaser on Twitter and announced that the title track for the upcoming album will be released on 4 August.

​In fact, the comeback of SHINee maknae (youngest member) should have taken place earlier this year. Back in January, the label promised Shawols (the name of the group's fandom) that Taemin's new solo album would come out in March, but due to obvious reason - the COVID-19 pandemic - it was delayed. Fans did not give up and kept waiting.

When the coronavirus crisis had receded in South Korea, SM Entertainment stated in June that Taemin would hit the stage in July. But the artist hurt his wrist during dance practice while preparing for the comeback, so it was delayed once again.

Fans were virtually desperate to see their favourite on stage again, because the company has a lot of artists under its wing and a tight schedule for their releases, but now Shawols are celebrating the news by trending Taemin's name and related hashtags on Twitter worldwide.

THE ACE IS BACK ✨
TAEMIN IS BACK ✨ pic.twitter.com/EbsNZ9sdQo

THE KING IS COMING BACK pic.twitter.com/8ZENiJbFKv

​Also, according to the information in the first photo teasers, fans can probably expect at least three singles to be released.