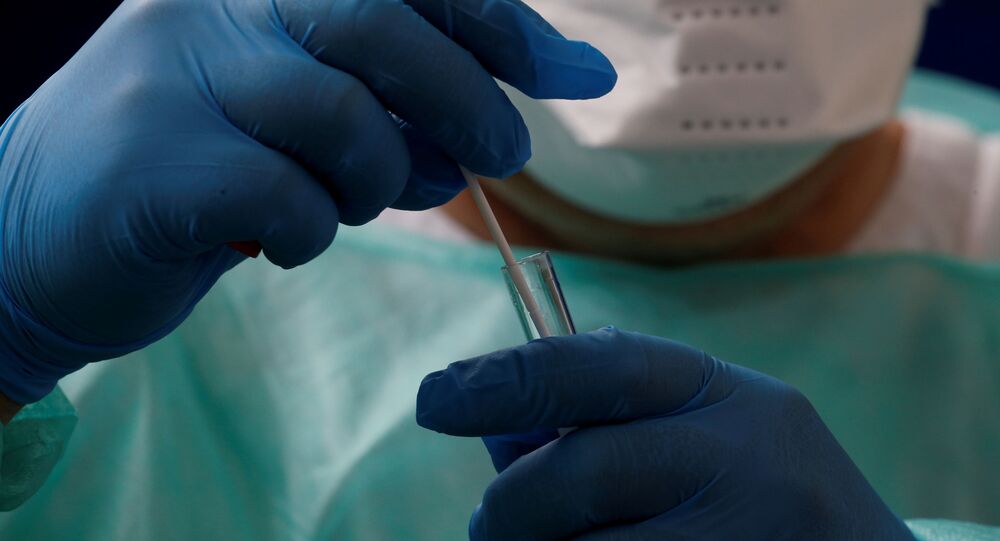 MOSCOW(Sputnik) - North Korea has announced that the first, suspected, coronavirus case has been registered in the country, the individual illegally crossed the border with South Korea earlier this month, the official Korean Central News Agency (KCNA) reports.

The Political Bureau of the Central Committee of the Workers' Party of Korea (WPK) held an emergency meeting on Saturday, attended by North Korean leader Kim Jong Un, to discuss the situation in the city of Kaesong, where the suspected case was registered.

"The meeting unanimously adopted a decision of the Political Bureau of the Central Committee of the WPK on shifting from the state emergency anti-epidemic system to the maximum emergency system", KCNA said, adding that a "top-class alert" will be issued.

The coronavirus test results of the individual, who left North Korea three years ago and illegally arrived back in North Korea on 19 July, are "uncertain" and the individual has been quarantined, according to KCNA. The authorities are now searching for all the people who have come into contact with the individual and conducting relevant medical examinations.

According to KCNA, Kim Jong Un "took the preemptive measure of totally blocking Kaesong City and isolating each district and region from the other within 24 July afternoon just after receiving the report on it [suspected COVID-19 case]".

Neighbouring South Korea has over 14,000 confirmed coronavirus cases and the country's COVID-19 death toll stands at nearly 300, according to data from Johns Hopkins University.