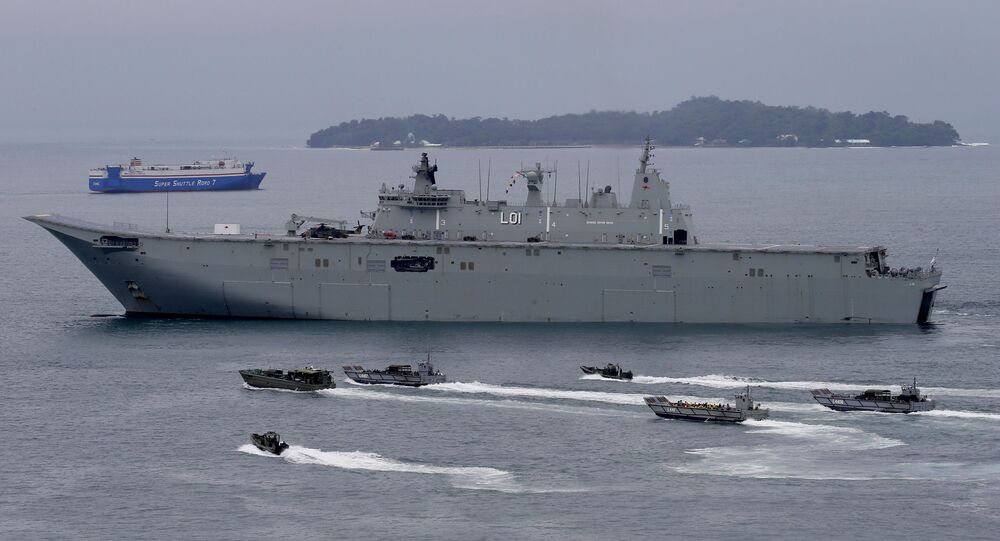 Earlier, Secretary of State Mike Pompeo said that the United States aims to form a new alliance with other countries to counter China with combined economic and military force.

Australia’s mission to the UN wrote in a filing that there is no legal basis to China’s territorial and maritime claims in the South China Sea.

“There is no legal basis for China to draw straight baselines connecting the outermost points of maritime features or ‘island groups’ in the South China Sea,” Australia’s mission said. “Australia rejects China’s claim to ‘historic rights’ or ‘maritime rights and interests’ as established in the ‘long course of historical practice’ in the South China Sea.”

The statement said that Australia does not accept China’s claim of sovereignty over the Paracel Islands and Spratly Islands.

For decades, China has been disputing the status of a number of territories in the South China Sea that it lays claim to, primarily the Paracel and Spratly Islands, as well as the Scarborough Shoal. Beijing considers the Spratly archipelago to be its territory, despite the Hague-based Permanent Court of Arbitration ruling, which said there was no legal basis for China's maritime claims.

In turn, the US has been deploying its naval forces to the islands. Despite protests from Beijing, Washington has maintained that its ships will sail everywhere permitted by international law.