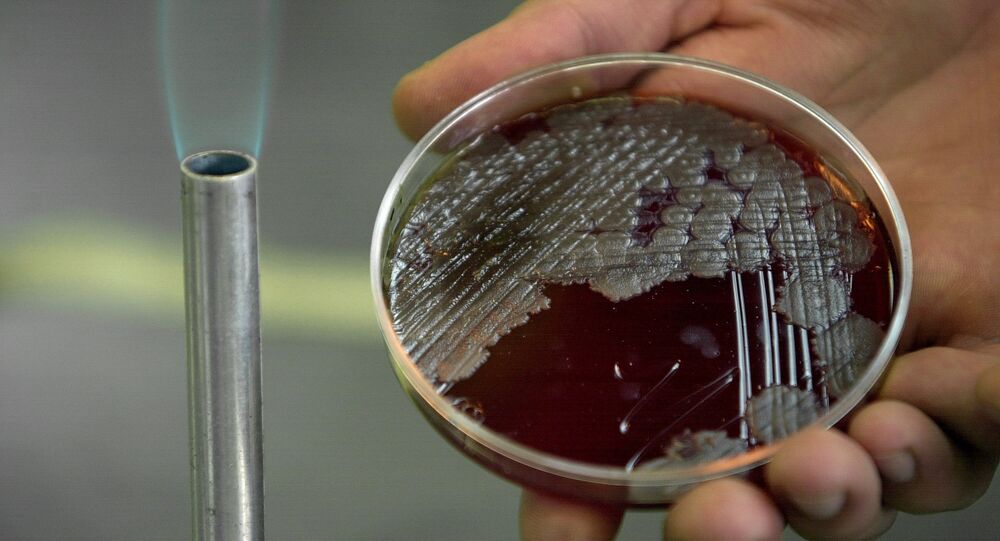 Pakistan, India and China are all parties to the Biological Weapons Convention, which prohibits the development, production, and stockpiling of bacteriological and toxin weapons.

The Wuhan biolaboratory dubiously accused by Western officials and intelligence services of ‘leaking’ the novel coronavirus earlier this year has signed a secret three-year agreement with the Pakistani government to expand Islamabad’s potential biological warfare capabilities, Australia-based investigative reporting outlet The Klaxon has reported,  citing unnamed intelligence sources, some of them said to be from ‘the Indian subcontinent’.

Specifically, the Wuhan Institute of Virology is said to be partnered with Pakistan’s Defence Science and Technology Organization (DESTO), with the initiative fully funded by the Chinese side and dubbed the “Collaboration for Emerging Infectious Diseases and Studies on Biological Control of Vector Transmitting Diseases” program.

The project has reportedly already carried out testing to isolate Bacillus thuringiensis, a soil-dwelling bacterium used in pesticides, and which reportedly bears a “striking similarity” to anthrax, the deadly bacterium which has been developed as a weapons agent in the 20th century. In addition, the Pakistan-based project has supposedly experimented with the Crimean-Congo Hemorrhagic Fever Virus (CCHFV), a highly deadly disease which causes fever, muscle pains, headache, vomiting, diarrhea, bleeding into the skin, and, for up to 25 percent of its victims, death.

The Klaxon’s sources say Pakistan is not equipped to handle class-4 viruses like CCHFV, making their handling potentially dangerous for the region if the virus was ever leaked.

Indian and Western intelligence services see the secret project as an attempt by China to “engage Pakistan against India” and as a tool to enable the Chinese side to engage in “potentially dangerous experiments on foreign soil, without subjecting its own land and people to risk.”

The Klaxon does not identify its sources or their national origin, although at least one was said to be ‘from the Indian subcontinent’ (i.e. a region which includes India, Nepal, Bangladesh, Sri Lanka, and Pakistan itself).

Chinese, Pakistani and Indian officials have not commented on the outlet’s explosive allegations.

Scientists from around the world have recently dismissed claims made by some Western leaders and intelligence services suggesting that COVID-19 was artificially created at or leaked from the Wuhan Institute of Virology. In April, the World Health Organization determined that "all available evidence" suggests that the virus has an animal origin, and did not originate in any lab. Wuhan Institute director Wang Yanyi rejected Trump administration allegations that the virus came from the lab as "pure fabrication," and said the Institute only received a clinical sample of the virus in late December 2019, and never encountered it before then.

In late April, the US's own intelligence agencies dropped the 'manmade virus' claims, but said they would continue to investigate whether the outbreak was a result of an accident at the Wuhan lab. Last month, London dismissed as "fanciful" a former British Secret Intelligence Service chief's allegations that the new coronavirus was created in and escaped from the Wuhan lab.

In addition, investigations have found that US, Australian and Canadian scientists and institutions have collaborated with the Wuhan lab to carry out a wide variety of potentially dangerous experiments. This includes revelations that the US National Institutes of Health gave the Chinese lab some $3.7 million in grant money to conduct experiments on bats to examine how coronaviruses are transmitted, as well as research exchanges between Wuhan scientists and Australia’s Commonwealth Scientific and Industrial Research Organization.

© CC BY 2.0 / twintiger007 / Spike missile
India, Israel Review Military Supplies Amid Continuing Border Tensions with China
China and Pakistan, traditional allies against India going back to the days of the Cold War, have ramped up their security cooperation in recent months amid territorial disputes with New Delhi. Last year, India and Pakistan fought skirmishes in the contested region of Kashmir after New Delhi launched an aerial raid into an Islamabad-administered portion of Kashmir targeting al-Qaeda-linked terrorists. Last month, Indian and Chinese troops engaged in brutal hand-to-hand fighting in the Galwan River valley area which led to the deaths of at least 20 Indian servicemen and an unknown number of Chinese troops.

Tensions escalated again this week as India reinforced its military assets along the border with China, citing Chinese troops’ alleged failure to completely withdraw from flash points in eastern Ladakh.