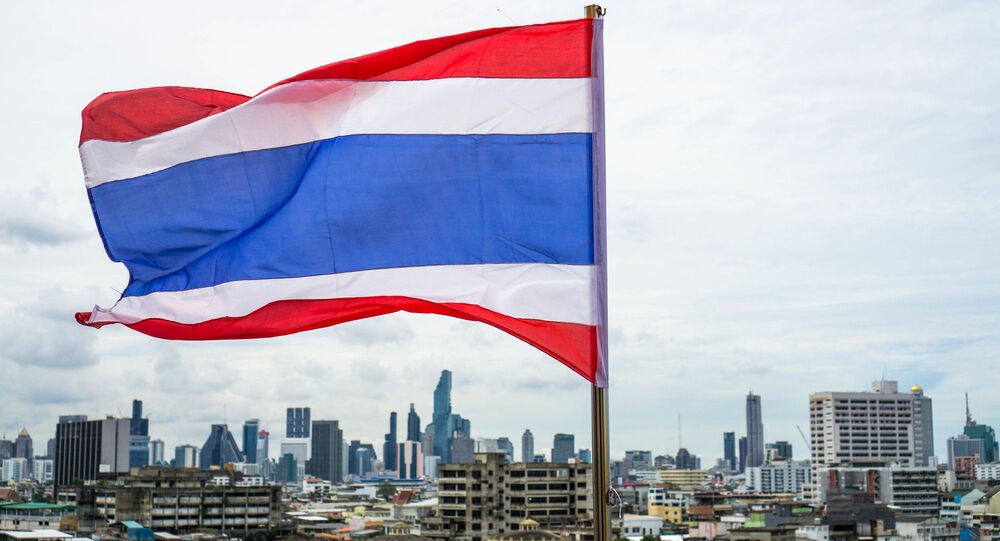 A sixth minister has decided to quit the Thai government amid a major reshuffle taking place in the Southeast Asian country.

Thailand's Labour Minister and former Permanent Secretary of the Ministry of Finance Chatumongol Sonakul has confirmed to Reuters that he has quit the cabinet.

The minister has not given a reason for the move and declined to further comment on the matter, Reuters reported.

Chatumongol Sonakul, 76, has become the sixth minister to quit the government of Prime Minister Prayuth Chan-ocha since last week.

© REUTERS / CHALINEE THIRASUPA
Hundreds of Protesters in Bangkok Demand Govt's Resignation, Adoption of New Constitution
On 18 July, a mass rally was held at the Democracy Monument in the historic centre of the Thai capital Bangkok, with people demanding the dissolution of parliament, an end to the harassment of critics of the government, and that amendments be made to the military-written constitution, to be followed by new elections.

Thailand held general elections on 24 March 2019, it was the first election since the 2014 military coup that saw Thaksin Shinawatra and his sister, Yingluck, who both served as prime ministers, ousted. The coup brought General Chan-ocha and his National Council for Peace and Order (NCPO) to absolute power in Thailand.

Since then, an interim parliament, comprising lawmakers designated by the NCPO, has been operating in the country along with an NCPO-controlled cabinet. Political activity of any kind was prohibited until the government started gradually lifting the ban in 2017 in a bid to suppress growing opposition and criticism. In December 2018, however, the NCPO lifted restrictions on public gatherings and political activities so that political parties could carry out election campaigns.