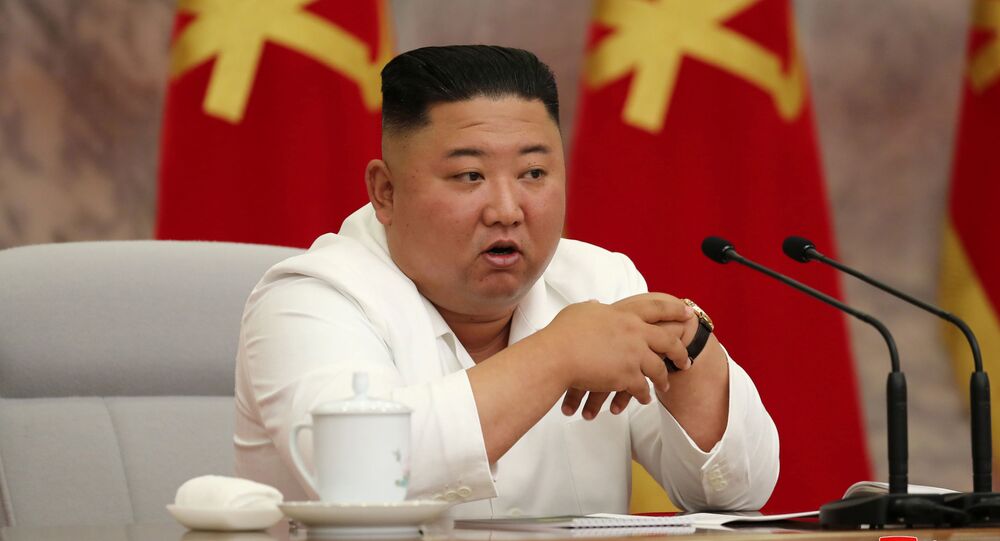 The meeting was held on Saturday and was followed by a closed-door session.

KCNA said that North Korea’s military commission discussed strategic goals and readiness for mobilizing troops in view of the complex situation on the Korean peninsula.

Key issues relating to "further bolstering a war deterrent of the country" and addressing a "potential military threat" were discussed, according to KCNA.

At the end of last month, Kim Jong Un held a preliminary meeting of the Central Military Commission, during which he decided to postpone a plan of military operations against South Korea presented by the General Staff.

Tensions in the region spiked after North Korea cut off communications with its southern neighbor and blew up the joint liaison office in the border town of Kaesong on 16 June, in response to a long-time campaign of certain groups in South Korea that had been sending leaflets across the border from the South, criticizing the policies of Kim Jong Un.

Later in June, North Korea’s General Staff said that it was planning to redeploy troops to Kaesong and the Mount Kumgang joint tourist zone on the east coast, as well as restore guard posts in the demilitarized zone, which were removed after the inter-Korean summit in 2018.

North Korean Diplomat Says Pyongyang Not Interested in US Talks