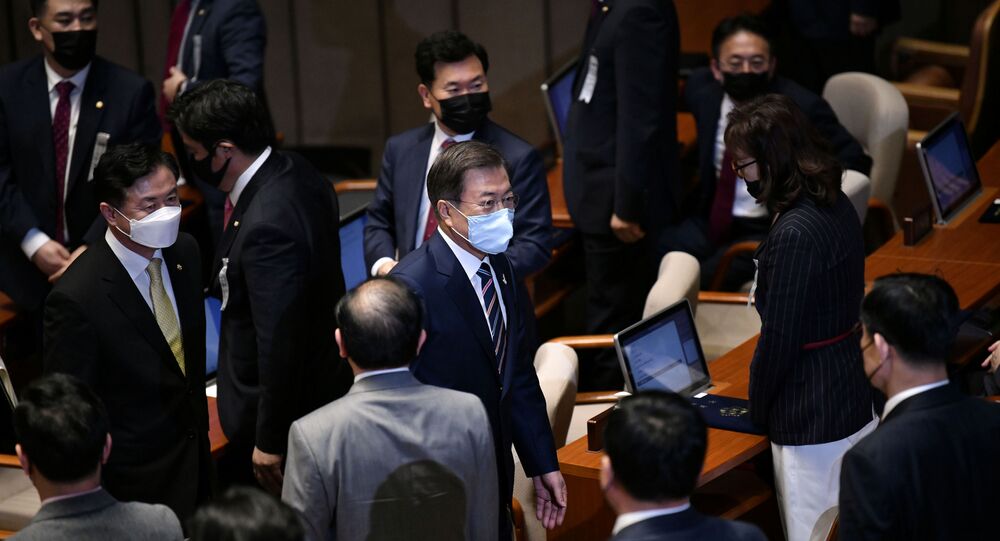 SEOUL (Sputnik) - A man threw a shoe at South Korean President Moon Jae-in while the latter was coming out of the parliament building in Seoul, the Yonhap news agency said on Thursday.

According to the outlet, the incident took place at about 4:30 a.m. (07:30 GMT). The man, whose surname is Chung, took off his shoe and threw it at the president, failing to hit him.

After the incident, the man, who wanted Moon, as he said, to feel "contempt and shame," was detained by the police.

​The reasons for his negative attitude toward Moon have not been reported.