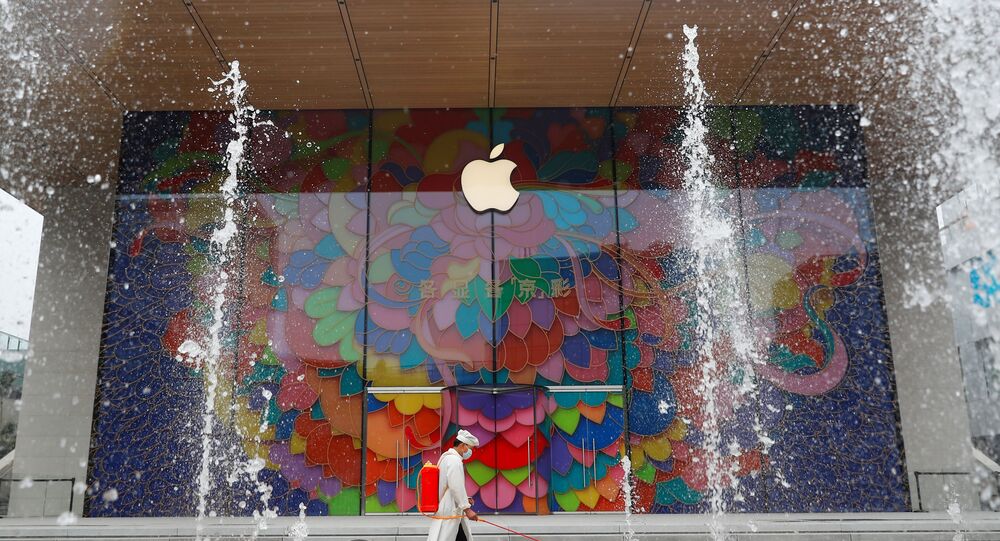 The pro-democracy developers behind PopVote, an electronic voting platform designed for Hong Kong’s recent unofficial primary, are accusing Apple of censorship after the tech giant allegedly rejected the voting platform’s iOS version from its App Store.

Less than a month after the passing of Beijing’s new Hong Kong national security act, more than 600,000 Hongkongers cast electronic or paper ballots in the pro-democracy opposition’s unofficial primary over the weekend.

While the number of voters greatly exceeded organizers’ 170,000-participant projection, pro-democracy campaigners argued earlier this week that involvement in the primary - which doubled as a protest against the new national security law - could have been even higher if not for Apple’s unwillingness to approve the PopVote iOS app.

According to organizers involved with the voting platform, an Android and iOS app were developed and sent to the Google Play Store and Apple’s App Store, respectively, ahead of the weekend elections. Though the Android app was quickly approved by Google, Apple rejected the version it received, citing issues with the app’s code, according to Quartz.

Edwin Chu, an information technology advisor for the voting platform, explained to the outlet that after making the requested changes, the PopVote developers once again submitted the iOS app, but did not receive a response - even after contacting the company multiple times.

“We think it is being censored by Apple,” Chu argued.

Apple’s apparent decision to block PopVote from the App Store is reminiscent of the tech giant’s October 2019 removal of the HKMap Live app from its web store. At the time, Apple reportedly argued that the app, which tracked Hong Kong pro-democracy protests and provided live updates on police presences, “facilitates, enables, and encourages an activity - that is not legal.”

Quartz reporter Mary Hui revealed on Wednesday that Apple had recently responded to the PopVote team and asked if the primary election linked to the app was “authorized by the government.”

The developers emphasized that their app is "designed for non-government and unofficial polling as a means to measure and express public opinions in authoritarian regimes.”

However, according to the spokesperson for the Hong Kong Liaison Office - and several other Beijing officials - the primary was not only “illegal,” but also an instance of pro-democracy Hongkongers colluding with a foreign power.

“The goal of organiser Benny Tai and the opposition camp is to seize the ruling power of Hong Kong and ... carry out a Hong Kong version of ‘color revolution,’” the spokesperson said, as reported by Reuters. The office also alleged that the foreign power was attempting to obtain the private data of Hong Kong voters.

Amid these allegations of collusion, PopVote’s developers articulated in their open source notes that their system was designed to "guarantee strong privacy to the voters.”

As PopVote developers note, the app is "designed for non-govt & unofficial polling as a means to measure & express public opinions in authoritarian regimes," & must "guarantee strong privacy to the voters."

Hong Kong Chief Executive Carrie Lam also warned pro-democracy Hongkongers that they may have violated the new security law through their participation in the primary - which she highlighted does not exist in the official Hong Kong election system.

“If this so-called primary’s election purpose is to achieve the ultimate goal of … resisting every policy initiative of Hong Kong as their government, then it may fall into the category of subverting the state power - which is now one of the four types of offenses under the new national security law,” she said on Monday, after voting wrapped.

By contrast, US Secretary of State Mike Pompeo took to Twitter on Tuesday to applaud the efforts of pro-democracy voters.

Congratulations to Hong Kong’s pan-democrats for a successful primary. The Legislative Council election in September should be equally free and fair.

Several tech giants and social media platforms, including Facebook, WhatsApp, Google, Twitter, Signal, Zoom, Microsoft and Telegram, announced earlier this month that they will temporarily cease responding to Hong Kong government requests for data on users within the semi-autonomous city, according to Fortune.

Apple, on the other hand, issued a statement to Bloomberg detailing that the company was still “assessing” the new law.

“Apple has always required that all content requests from local law enforcement authorities be submitted through the Mutual Legal Assistance Treaty in place between the United States and Hong Kong,” the company said, noting that under the aforementioned process “the US Department of Justice reviews Hong Kong authorities’ requests for legal conformance.”