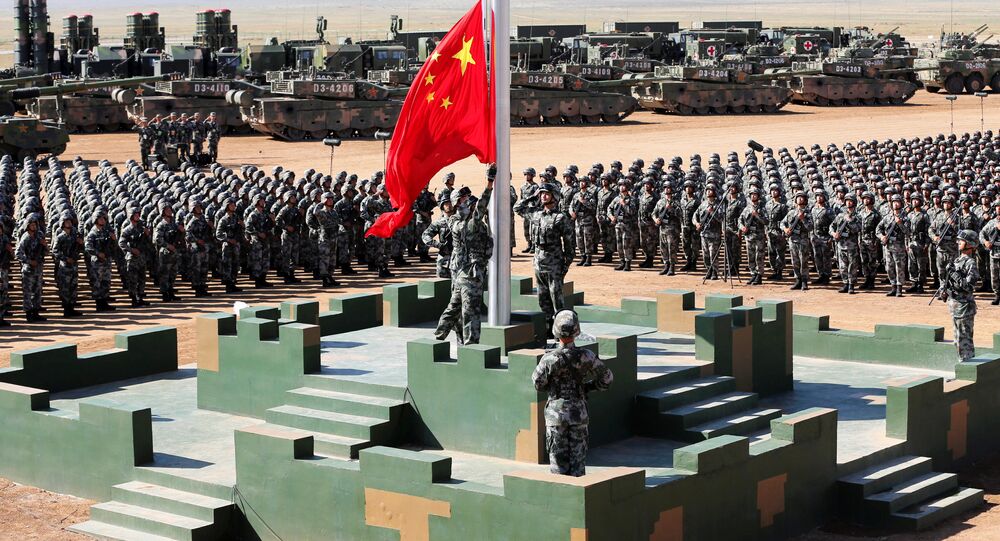 A new defense white paper published by the Japanese Ministry of National Defense takes aim at Chinese expansionism and North Korean weapons tests, claiming they pose major threats to Tokyo. The paper claims Beijing is taking advantage of the COVID-19 pandemic to further its regional ambitions.

The annual white paper, which the government of Prime Minister Shinzo Abe approved on Tuesday, criticizes Beijing for “relentlessly” challenging Tokyo’s control over the disputed Senkaku Islands, which China claims are its own and calls the Diaoyu Islands.

“Despite protests by our country, Chinese official ships repeatedly intruded into our territorial waters around the Senkaku Islands,” the paper said, according to Kyodo News Agency.

This is just part of what Tokyo says is Beijing’s plan to unilaterally “alter the status quo in the East China Sea and the South China Sea.”

However, the report also claims the Chinese government is abusing the COVID-19 pandemic, even alleging it has been “taking advantage” of its assistance programs to other nations being hit by the virus in an effort to advance its own interests. The report claims Beijing has been “spreading disinformation” to further confusion and social unrest sparked by the pandemic, Kyodo reported.

Chinese Foreign Ministry spokesperson Zhao Lijian criticized the report on Tuesday, telling reporters in Beijing the government had lodged a complaint with Tokyo.

"Japan's defense white paper is full of biases and false information," Zhao said, according to Reuters. "It is trying to do all it can to hype up the so-called China threat."

The paper comes just a day after Washington formalized its repudiation of most Chinese claims in the South China Sea.

“Beijing’s claims to offshore resources across most of the South China Sea are completely unlawful,” US Secretary of State Mike Pompeo said on Monday. Interestingly, he seemed to accept China’s claims to control some islands in the waterway, such as the Spratly Islands, but rejected its claim to control resources beyond a 12-nautical-mile radius surrounding the islands.

On Tuesday morning, the US Navy destroyer USS Ralph Johnson was reported by the Navy to have sailed close to the Spratly Islands, although the service’s news release did not specify the warship’s distance from land.

Earlier this month, Beijing and the Association of Southeast Asian Nations (ASEAN) committed to resuming negotiations on a Code of Conduct of Parties in the South China Sea (COC) that would settle many of the ongoing disputes about which nations’ watercraft may access which parts of the sea. Just days later, however, the US Navy began huge military drills in the South China Sea, sending two aircraft carriers and their respective battle groups into the region.

Tokyo’s white paper also raises alarm bells about Pyongyang, warning that the Democratic People’s Republic of Korea (DPRK) poses “a grave and imminent threat to the security of Japan.”

The report warns the DPRK has advanced its ballistic missile technology at “an extremely rapid pace,” claiming the small, socialist country located across the Sea of Japan may be developing a low-trajectory ballistic missile that could avoid Japan’s missile defense network and deliver a nuclear weapon to Japanese soil.

Tokyo characterized the DPRK in identical terms in last year’s white paper, which claimed North Korea had already successfully miniaturized a nuclear warhead. As Sputnik noted at the time, it isn’t a new claim, but it’s also not one that’s ever been verified, either. While building a nuclear warhead is challenging enough, even more demanding is developing the technology required to miniaturize that warhead so that it can fit on a missile.

For more than a year, North Korea has carried out a series of tests in which it fires short-range ballistic missiles into the Sea of Japan. The weapons aren’t considered dangerous in the way longer-range weapons are, and they have been theorized to be tests for a new type of rocket artillery.