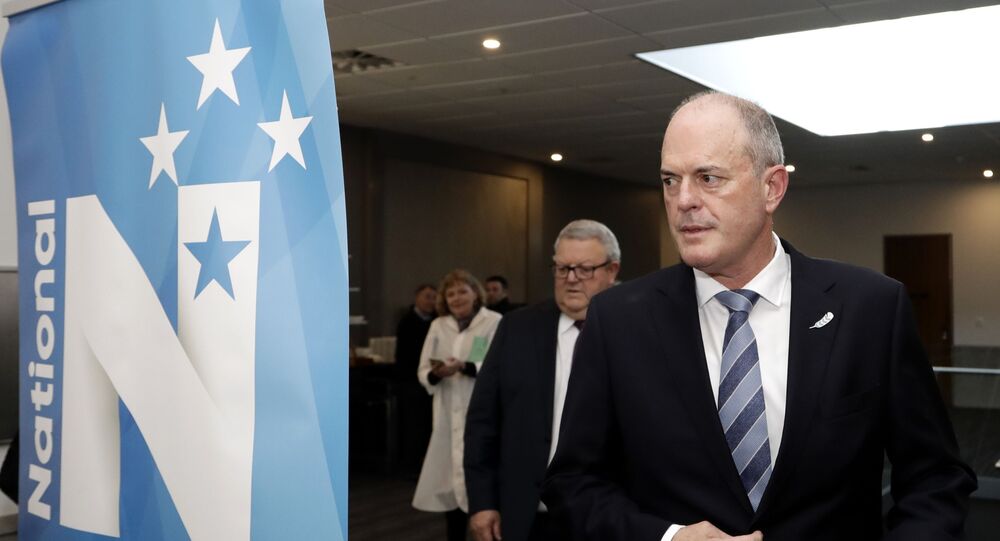 Todd Muller, a senior New Zealand politician, was head of the country's National Party and the Leader of Opposition, after entering Parliament in 2014.

The leader of New Zealand's National Party and Opposition, Todd Muller, announced in a Tuesday statement that he had stepped down from his position due to health reasons.

"It has become clear to me that I am not the best person to be Leader of the Opposition and Leader of the New Zealand National Party at this critical time for New Zealand. The role has taken a heavy toll on me personally, and on my family, and this has become untenable from a health perspective. For that reason I will be stepping down as Leader effective immediately.", his statement read.

Muller also outlined that he believed that it is "more important than ever" for the country's National Party to have "a leader who is comfortable in the role".

​The former political leader noted that he would "take some time out of the spotlight" to spend with his family before "reconnecting with my community".

"I intend to take some time out of the spotlight to spend with family and restore my energy before reconnecting with my community. I look forward to continuing to serve as a loyal member of the National Party team and Member of Parliament for Bay of Plenty", the statement said.

Muller entered the parliament of New Zealand in 2014 as National's candidate from the Bay of Plenty. He became the leader of the National Party and Leader of the Opposition in 2020, after challenging former leader Simon Bridges. Muller served in this position for just 53 days.

New Zealand's National Party is one of the country's two major parties, a traditional rival to New Zealand's Labour Party.