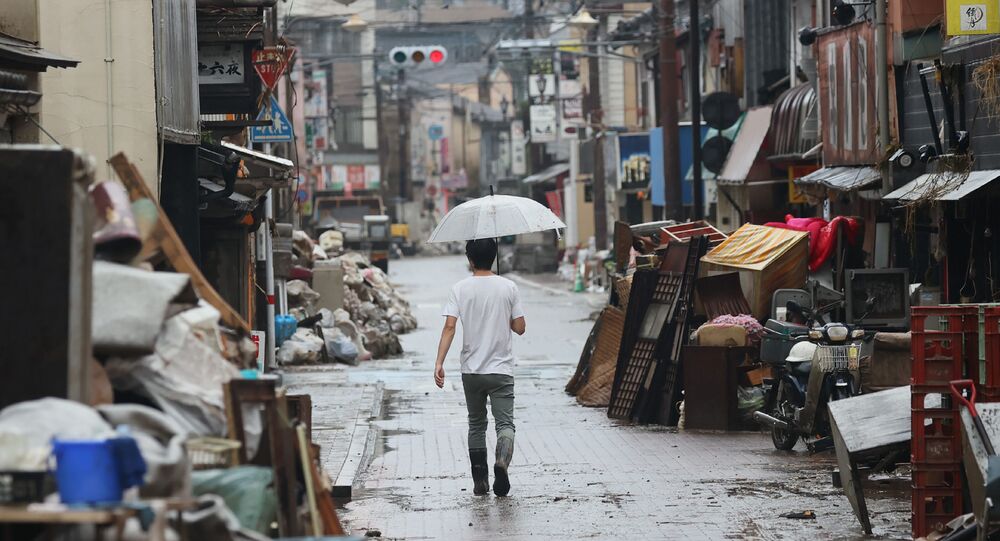 TOKYO (Sputnik) - The death toll in Japan after a week of torrential downpours that caused severe floods and landslides has risen to 70, the country’s media reported on Sunday, adding that 13 people are still missing.

According to the NHK broadcaster, the death toll from the rains in the region has risen to 70, with the bulk of the deaths being recorded in Kumamoto prefecture. Thirteen people are also still missing.

At least 12,600 homes and buildings in 20 prefectures have been destroyed, damaged, or flooded as a result of the downpours, the broadcaster cited the country’s Fire and Disaster Management Agency as saying.

Further heavy rains are expected over the next two days, while some regions may receive up to 12 inches of rain, meteorological officials said.

Prime Minister Shinzo Abe is going to visit flood-affected areas in Kumamoto prefecture on Monday, according to the report.

The southern island of Kyushu has been battered by heavy rains for more than a week. Kumamoto prefecture has been the most severely affected as the Kuma River burst its banks near the city of Hitoyoshi on 4 July. On 9 July, the Japanese government announced an evacuation of 230,000 residents living in the island.