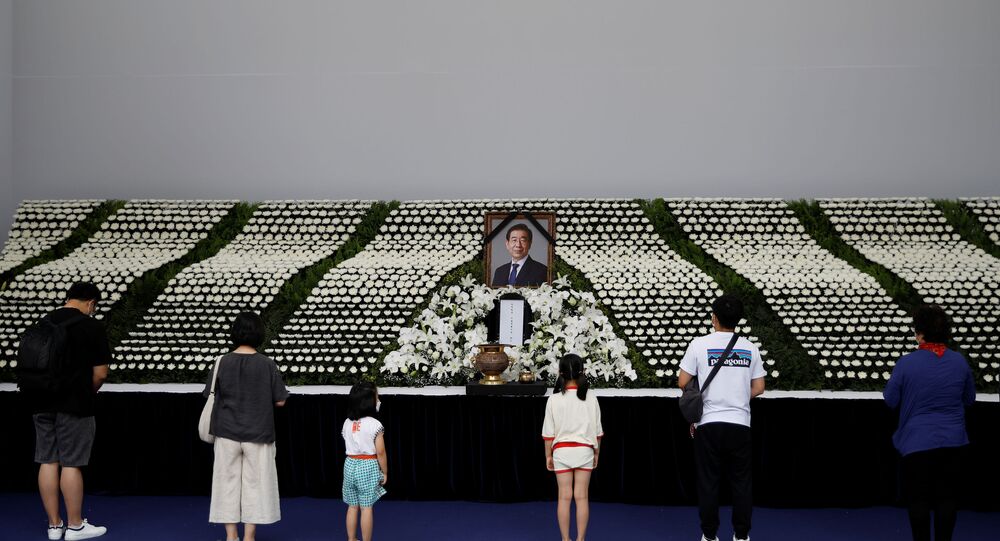 Seoul's government previously said that the mayoral funeral ceremony was scheduled to start on Monday and was planned to be held for five days, instead of the traditional three.

"It [the funeral] will take place online in line with the principle of cooperating with the COVID-19 control efforts and be held in a simple manner", Park Hong-keun of the governing Democratic Party told reporters, as cited by the media outlet.

Park's body will be transferred from the Seoul National University hospital to City Hall on Monday morning, the agency noted, adding that the ceremony was expected to start at 8.30 a.m. (23:30 GMT).

The ceremony will be attended by the mayor's close family members, senior city officials, as well as party and civic group representatives. The total number of attendees will not exceed 100, according to the media outlet.

© AFP 2021 / ED JONES
In this file photo taken on May 26, 2014 Seoul mayoral candidate Park Won-Soon attends an interview with AFP in Seoul.

Park was found dead in the woods of Mount Bugak not far from his residence on Thursday after an hours-long search involving hundreds of police officers, dogs, and drones. The 64-year-old official's daughter reported him missing four to five hours after he left home. She said he left her a "will-like" verbal message.

According to Yonhap, the mayor is presumed to have committed suicide as he left a note in his residence where he said that he was "sorry" to everyone, specifically for "causing only pain" to his family and asked to be cremated.