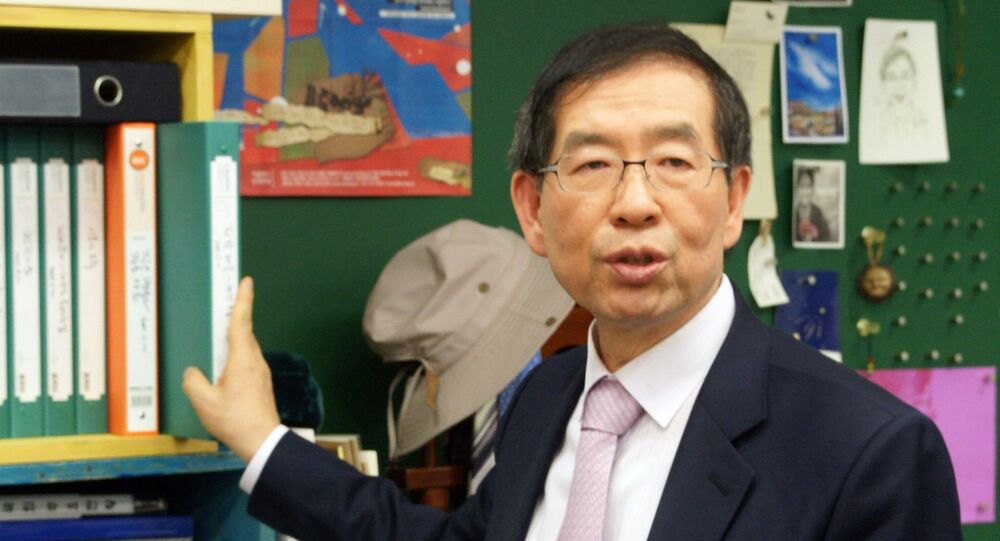 As a member of President Moon Jae-in's Democratic Party, Seoul's mayor Park Won-sun has been seen as a potential presidential hopeful in the 2022 elections.

The South Korean police have refuted media reports about the death of Seoul Mayor Park Won-soon, who went missing earlier on Thursday, and the search continues, according to South Korea's Yonhap news agency.

Earlier in the day, Yonhap news agency stated that police had launched search operations after the mayor of the South Korean capital Seoul was reported missing.

The outlet reported, citing police that the search for Mayor Park Won-sun is ongoing in Seoul's Sungbuk neighbourhood where his mobile phone signal was last detected.

Earlier in the day, the mayor's daughter contacted police saying that her father was unaccounted for.

Later on, Kim Ji-hyeong, an official from Seoul's Metropolitan Government, stated that the mayor did not show up for work and cancelled all his schedules, including a meeting with a presidential official at his Seoul City Hall office.

© AP Photo / Ahn Young-joon
South Korea Unification Minister in Charge of Inter-Korean Relations Reportedly Offers to Step Down Amid Flare-Up With Pyongyang
According to South Korea's SBS TV channel, a sexual harassment claim was filed against Seoul Mayor Park Won-soon the day before by a woman, who worked as his secretary.

She told police that, apart from physical contact, Park has sent her personal photos several times via the Telegram messaging app. The former secretary shared those messages with police and said that there more victims of sexual harassment by Park.

Park Won-sun was elected as the capital's head in 2011 and was voted into his third and last term last year.