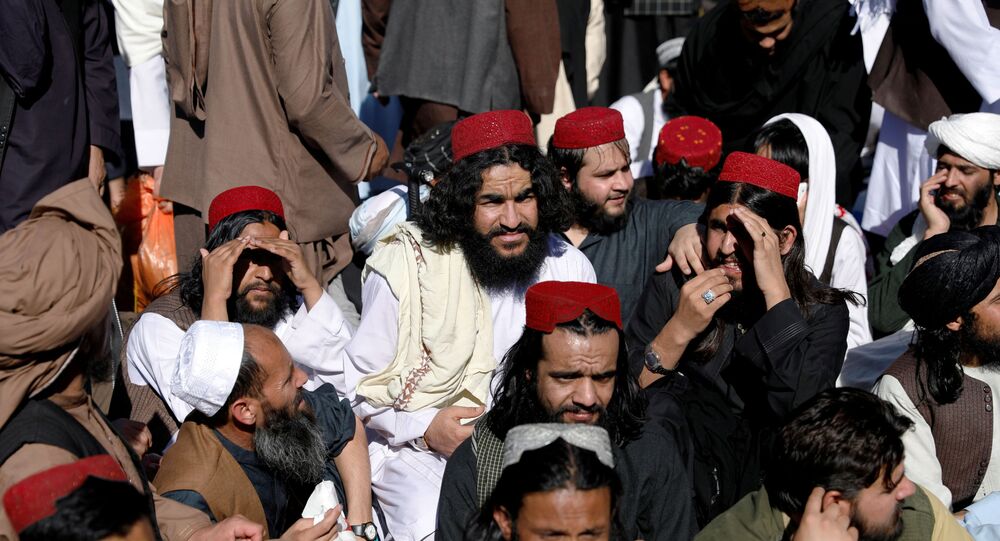 KABUL (Sputnik) - The Afghan government is hanging back on releasing 600 of prisoners on the Taliban's* list under the US-negotiated deal due to the fact that some of them are on the US and Afghan security blacklists and others are Pakistani fighters, a knowledgeable source in the government told Sputnik on Tuesday.

"There are 250 of them on the US blacklist, another 155 of them are Pakistani fighters who were arrested in face-to-face clashes with the Afghan forces, and the rest are on the national directorate of security blacklist", the source said.

According to the source, the United States is also opposed to the release of all Taliban prisoners, even though this might delay the inter-Afghan talks.

Taliban spokesman Zabihullah Mujahid, in turn, came up with a statement, insisting on the release of all listed designated prisoners as a pre-requisite for inter-Afghan talks.

"There are no prisoners in our list to be blacklisted. And we have promised and agreed with the United States that the word blacklist does not make sense now", Mujahid told journalists.

The Afghan government and the Taliban committed to releasing each other's prisoners — 5,000 and 1,000, respectively — as part of an agreement negotiated by the United States in the Qatari capital of Doha on 29 February, with the view to launch inter-Afghan talks. The initial deadline was 10 March, but extensions applied due to an internal power crisis in Kabul and the coronavirus pandemic. The Taliban have recently handed Kabul a list of an additional 600 detainees to be released.