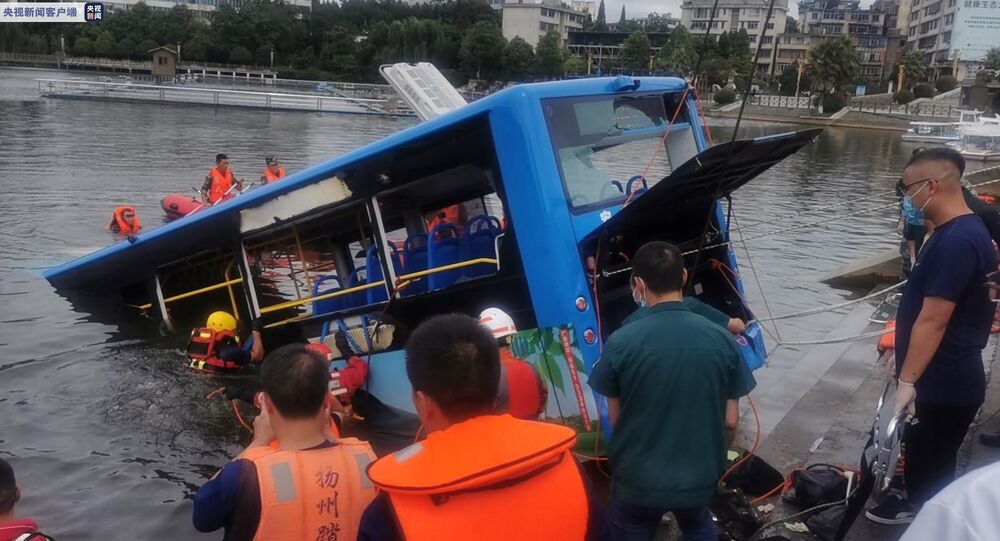 According to the local fire department, 18 passengers were pulled out from the water reservoir and sent to the hospital for medical treatment. But two of them showed no signs of life, the statement added.

The number of fatalities in China’s Guizhou Province, where a bus plummeted off a bridge into a water reservoir, has risen to 21, while another 15 were injured, the South China Post reported, citing local authorities.

Earlier, there were reports of only two fatalities in the incident.

A bus almost full with passengers crashed into a water reservoir at around noon local time on Tuesday, the provincial fire department said.

Surveillance video from the scene showed that the bus was driving at a low speed before making a sudden left turn and crashed into the water reservoir.

​Chinese media reported that middle school students were among the passengers on the bus.

The incident comes as China is holding its annual 'gaokao' university entrance exam that was originally scheduled for June but was postponed due to the coronavirus outbreak.