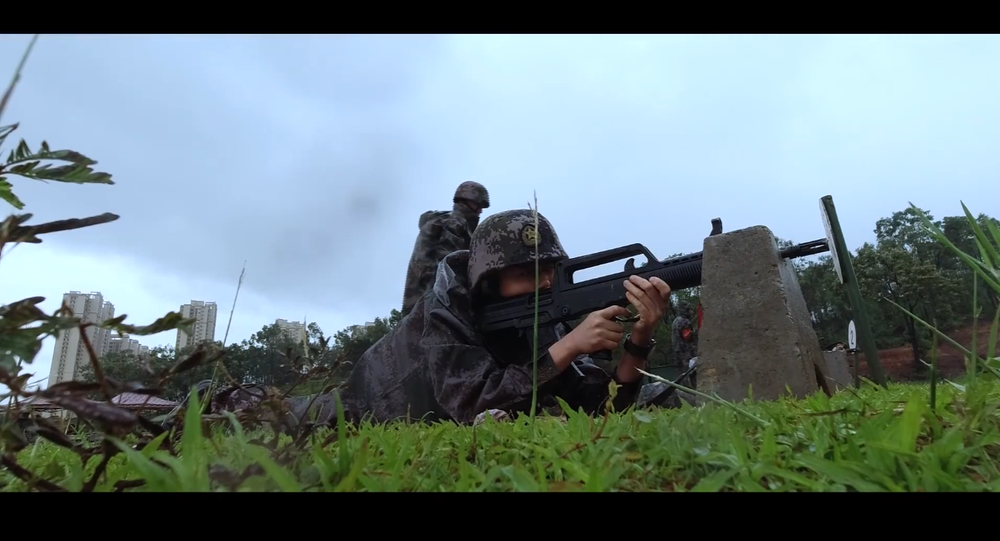 On Monday, the “Forces in Hong Kong” page on Sina Weibo, operated by the PLA force stationed in the semi-autonomous city, posted a new video detailing its recent training in weapons use amid heavy rain.

Here is a link to the video.

In the two minutes and 20 seconds of video, PLA soldiers are seen trotting around rain-soaked fields outside the city as they engage in target practice using pistols, rifles and hand grenades.

“Recently, a certain base organization of the Hong Kong Forces has conducted multi-course coherent training,” the Weibo post reads, according to Google Translate. “The training adopts the method of ‘emergency pulling, random guidance, and actual investment’ in severe weather, focusing on emergency response, rapid dispatch and dynamic inspection of the inspection agencies and units. Ability to communicate, use weapons, etc.”

The post itself is not unusual. The Hong Kong garrison regularly posts videos of its training. One recent video advertised a snipers’ tournament, with another focusing on aspects of daily life in the PLA’s Honor Guard Brigade. However, coming just days after the implementation of the new national security law, the drilling could be seen as a message that the garrison is ready to handle whatever disturbances may arise in response to the law, according to the South China Morning Post.

However, ever since last year’s violent protests originating over the city’s proposed extradition law, the PLA garrison has not become involved in the protests, save for one incident in November 2019 in which a few dozen volunteers engaged in “public community work,” clearing a street of bricks and protester barricades in plain clothes before returning to their barracks. Otherwise, the protests have been handled entirely by Hong Kong police, since the 1997 Basic Law passed after the United Kingdom returned Hong Kong to China stipulated the garrison can only engage in defensive actions.

During that period, too, the garrison put on similar demonstrations of force by engaging in drills, as did PLA forces in nearby Guangdong Province.

Almost immediately after the national security law took effect, the dissident Demosisto group disbanded itself. Headed by protesters Joshua Wong, Nathan Law, Jeffrey Ngo and Agnes Chow, the group was widely believed to be sustained by financial support from the United States, which Wong was widely known for courting in high-profile visits. The security law forbids such financial transactions between Hong Kong and foreign organizations.