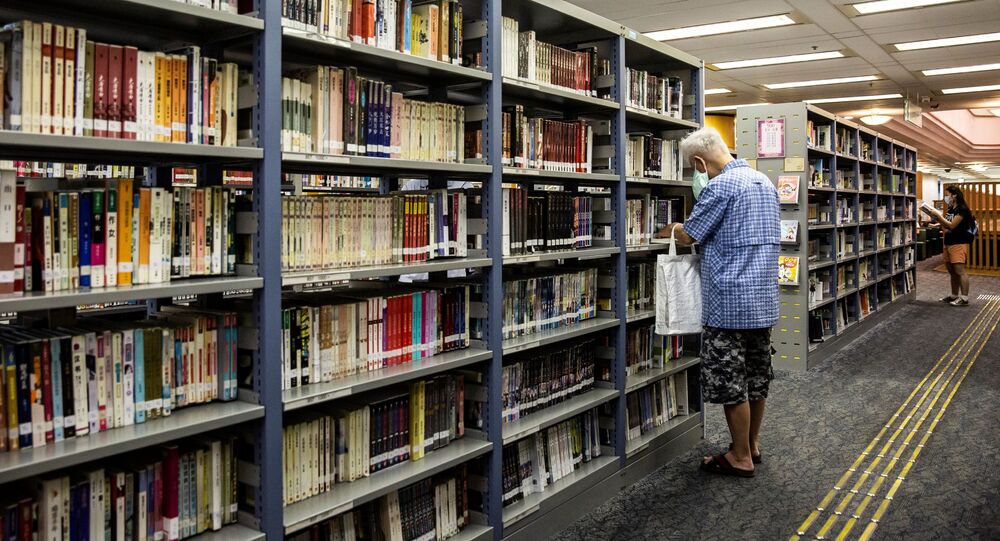 MOSCOW (Sputnik) - The Hong Kong Education Bureau has recommended that schools review their book collections and remove materials that might violate the new security law introduced by the Chinese central authorities, a spokesperson for the bureau has said.

"If any teaching materials including books have content which is outdated or involve the four crimes under the law, unless they are being used to positively teach pupils about their national security awareness or sense of safeguarding national security … they should otherwise be removed from the school," the spokesperson said, as quoted by South China Morning Post.

According to the statement, schools play an important role in choosing suitable teaching materials.

"The bureau would take serious follow-up actions if any problems arise over the issue," the spokesperson added.

The controversial legislation, which has triggered new waves of protests in Hong Kong and a backlash abroad over the 40 days it was under review by the Chinese authorities, has paved the way for Beijing to establish an agency in Hong Kong to supervise the implementation of the new security provisions.

© REUTERS / Ann Wang
Supporters of Hong Kong anti-government movement gather at Liberty Square, to mark the one-year anniversary of the start of the protests in Hong Kong, in Taipei, Taiwan, June 13, 2020.

Despite the concerns of local activists over the new law’s negative impact on civil liberties in the special administrative region, both Beijing and Hong Kong Chief Executive Carrie Lam have stressed that the law only aims to target subversive and terrorist activities without harming the existing democratic liberties of local residents.

Under the 1984 Joint Declaration of the United Kingdom and China, Hong Kong was transferred under Chinese rule in 1997 as a special administrative unit whose citizens would enjoy exclusive political, economic and personal freedoms until 2047 under the "one country, two systems" concept.