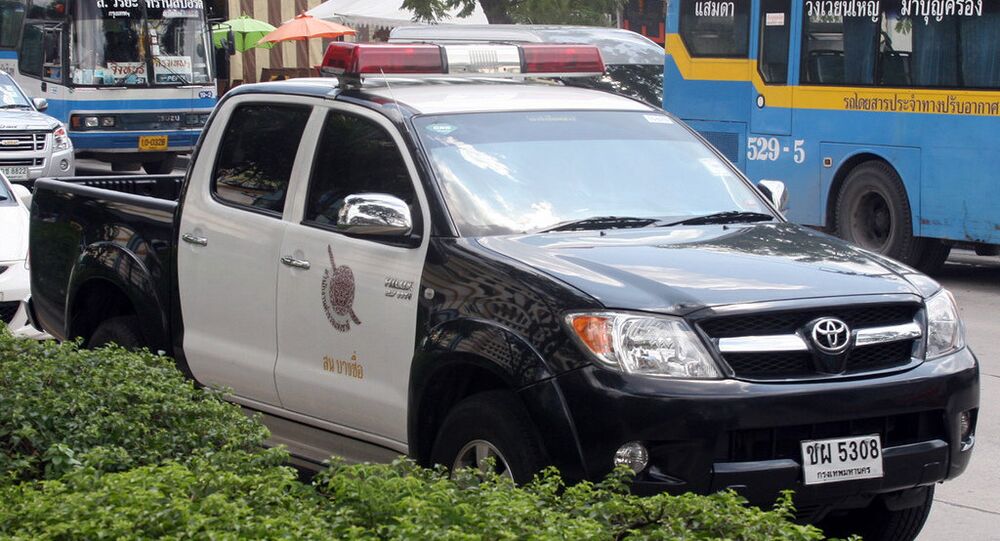 BANGKOK (Sputnik) - Police in Thailand have detained a Russian national who attempted to commit suicide and presumably killed her 19-month daughter in the eastern Thai city of Pattaya, local media reported on Sunday, citing law enforcement.

According to The Pattaya News outlet, police responded to a call of eyewitnesses who said a woman jumped out of a window from the third floor in one of the condos in the city's north at around 2 p.m. (07:00 GMT).

© AP Photo / Wason Wanichakorn
Live Updates: Thai Police Chief Confirms Mall Shooter Is Dead, Police Operation Over
Police reportedly found 33-year old Anna Efimova on the ground surviving the suicide with minor injuries. The woman claimed that she was propelled to jump by an abusive husband, but the building's landlord said that the woman lived alone with her little daughter, according to the report.

Police then forced their way into Efimova's apartment and found the girl killed, her body wrapped in towels and covered with the dismantled toilet, the report continued.

Police detained the woman over suspected murder and placed her in a hospital to recover from injuries, after which she will be questioned over the matter.