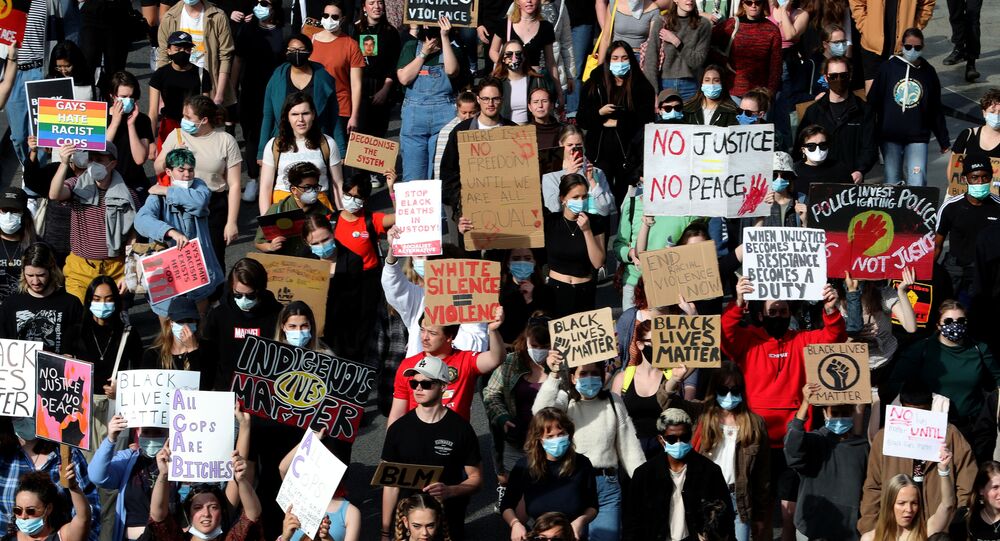 MOSCOW (Sputnik) - Thousands of people have taken to the streets of some of Australia’s largest cities on Saturday to protest against racial inequality and the treatment of the country’s Indigenous population in police custody, the SBS News broadcaster reports.

Less than 1,000 people reportedly attended a protest in Brisbane, leaving organisers to criticise those who participated at the height of the public unrest in the immediate aftermath of George Floyd's death on 25 May, but have since stopped attending, the broadcaster stated.

"It was okay for people to come out here and want to be a part of it when they were chasing a hundred likes on Instagram", one protester said during the demonstration, as quoted by the broadcaster.

Protests that took place on 6 June in Australia drew tens of thousands of people onto the streets of Australia's largest cities, and some demonstrations turned violent.

Demonstrators have called on the government to combat racism in all spheres of life, including employment, health care, housing, and policing.

According to the Australian Bureau of Statistics, Indigenous people in the Australian state of New South Wales are ten times more likely to be imprisoned than the general population.