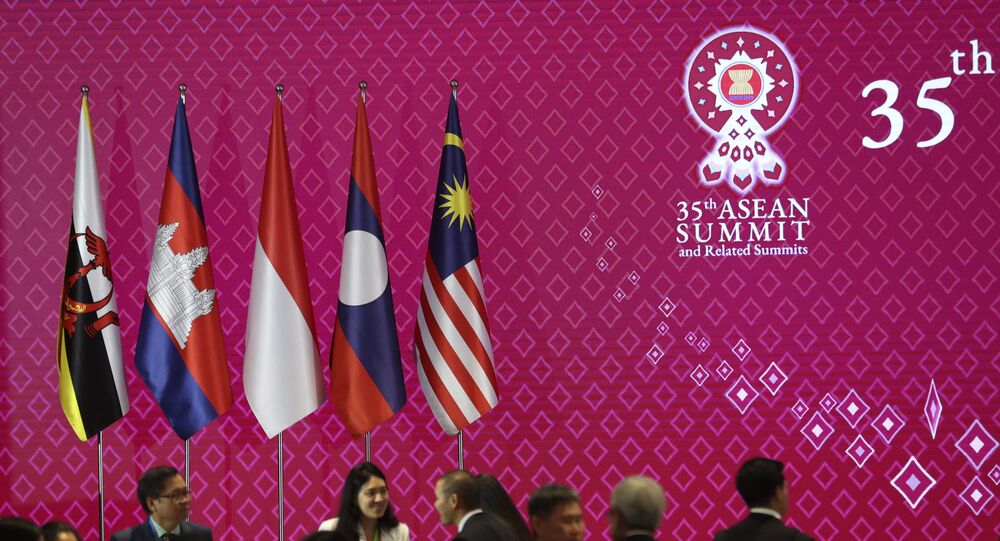 Amid pressure from the Association of Southeast Asian Nations (ASEAN), China has committed to resuming negotiations aimed at drawing up a Code of Conduct of Parties in the South China Sea (COC). The news comes amid controversial Chinese naval drills near islands also claimed by Hanoi.

At the 26th ASEAN-China Senior Officials' Consultation on Wednesday, Beijing committed to resuming discussions on creating a legally binding COC for the South China Sea, a waterway in which China’s claims overlap with those of five other nations, four of which are part of ASEAN.

However, no specific date or place has yet been set, VN Express reported.

According to VN Express, Vietnamese Prime Minister Nguyen Xuan Phuc said at the ASEAN summit last week, which Vietnam hosted, that the COVID-19 pandemic had disrupted discussions on the COC, and he urged resumption of the talks.

Talks on creating the COC have been ongoing for decades, with ASEAN first endorsing the concept in 1996 and with member state Singapore presenting a draft at the 2018 ASEAN summit it hosted. The most recent meeting on the topic, however, was at Da Lat, Vietnam, in October 2019, which focused on the implementation of a nonbinding Declaration of Conduct of Parties (DOC) in the waterway.

A notice posted by China’s Maritime Safety Administration in Hainan on June 27 announced military training exercises near the Paracel Islands, which China calls the Xisha Islands, from July 1 to July 5. “During the period, no vessel shall be allowed to navigate within the above lines and all vessels have to follow the guidance of the commanding ship on site,” the notice said, giving a string of coordinates outlining the affected sea lanes.

The Vietnamese Foreign Ministry called the drills a violation of sovereignty that could be “detrimental” to China’s relations with ASEAN, Reuters reported. The outlet noted similar complaints from the Philippines’ Defense Ministry, although Manila has made no claims on the Paracels.

Beijing has laid claim to roughly 80% of the South China Sea via an ill-defined “Nine-Dash Line” that encompasses the Paracels and several other island chains. Beijing maintains that its claims rest on historic precedent, pointing to periods of both imperial and republican Chinese rule over the region, but five other nations have made competing claims over at least part of the same waters.

Taiwan, the Philippines, Vietnam, Brunei and Malaysia have contested the Nine-Dash Line, with the Permanent Court of Arbitration ruling in 2016 that the line violated the United Nations Convention on the Law of the Sea. Both China and Taiwan rejected the ruling.

In 2017, Beijing introduced the “Four-Sha” (four sands) argument instead, which focused on four island chains - the Paracels as well as the Spratly Islands (Nansha), the Pratas Islands (Dongsha) and the Macclesfield Bank (Zhongsha) - and their surrounding areas of raised seafloor. This past April, the Chinese Ministry of Civil Affairs website released a list of dozens of Chinese names for undersea formations included in the claims.

China administers the region from Sansha City on Woody (Yongxing) Island, which is located in the Paracels.