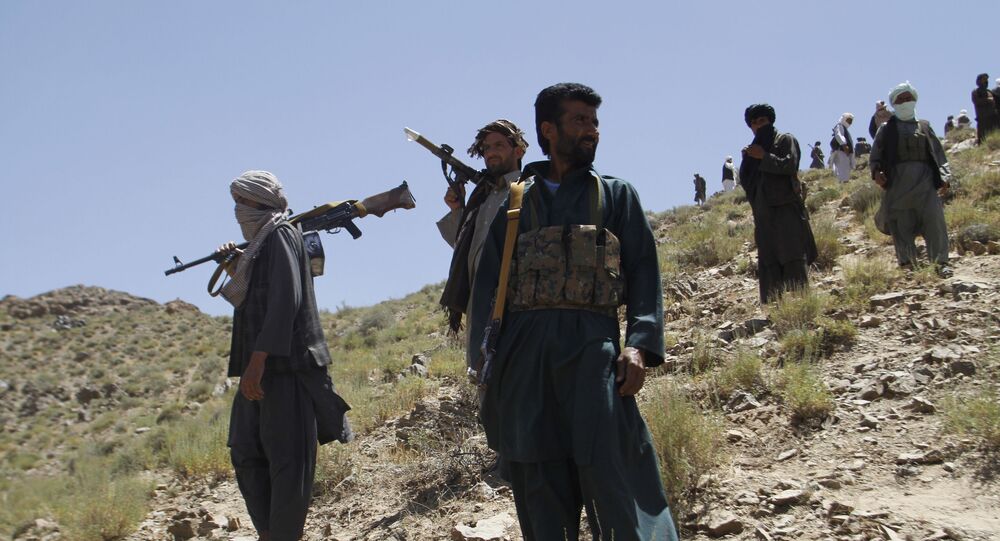 Earlier in the day, Russian Foreign Ministry spokesman Zamir Kabulov said that there is no proof concerning claims about Moscow’s “collusion” with the Taliban and that there are only groundless accusations against Russia on the matter.

The statement comes shortly after Russian Foreign Ministry spokesman Zamir Kabulov underscored that there is no evidence related to claims about Moscow’s “collusion” with the Taliban and that there are only groundless accusations against Russia on the matter.

"Russia only supplied arms to the legitimate government of Afghanistan, something that is perfectly well known”, Zakharova said on Thursday, commenting on a recent statement by US Secretary of State Mike Pompeo, who accused Russia of “selling small arms to Afghanistan for ten years”, which, he said, “puts American lives at risk”.

“We objected to this. Every time I met with my Russian counterpart [Sergei Lavrov], I spoke about this: ‘Stop it’”, Pompeo said on Wednesday.

Zakharova, for her part, stressed that Pompeo had never discussed Russia's alleged arms deliveries to the Taliban during his talks with Lavrov.

The remarks followed Pentagon spokesman Jonathan Hoffman saying on Tuesday that “the [US] Department of Defence has no corroborating evidence to validate the recent [collusion] allegations found in open-source reports”.

This followed The New York Times citing unnamed government sources as saying last week that US President Donald Trump was presented with an intelligence report that alleged that Moscow may have offered bounties to the Taliban for the killing of US soldiers.

Trump denied ever being briefed on the matter, adding that Vice President Mike Pence and Chief of Staff Mark Meadows were also not given information about the allegations. POTUS slammed The New York Times for spreading what he described as fake news.

The allegations were also earlier denied both by Moscow and the Taliban, with the Kremlin slamming the reports as "nonsense" and the militant group dubbing them an attempt to obstruct the withdrawal of US troops from Afghanistan.

In February, the US and the Taliban signed a peace deal that concluded rounds upon rounds of talks pursuing the launch of the reconciliation process in Afghanistan after almost two decades of armed conflict and insurgency.