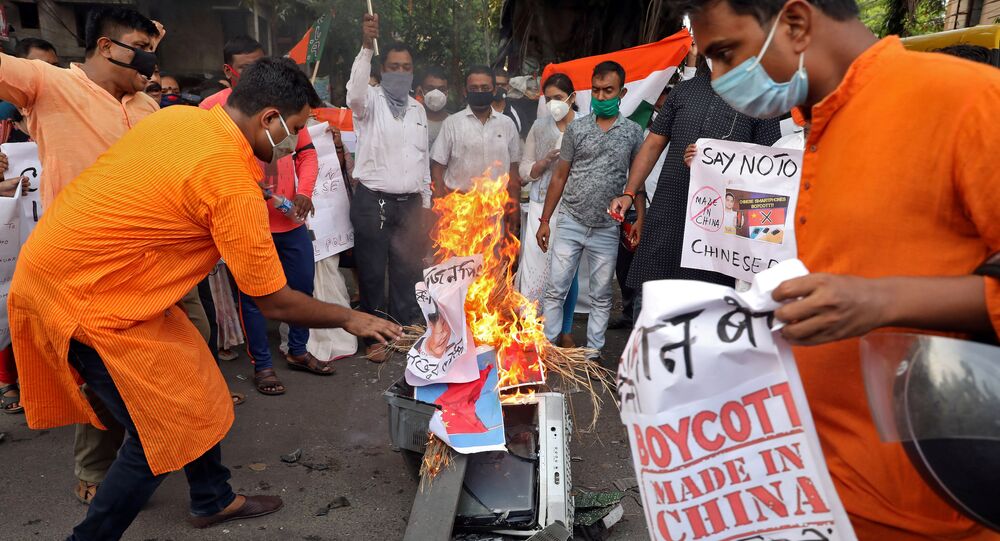 Following a border dispute with China in the Ladakh region, India began an economic offensive on China, banning 59 Chinese apps on Monday and scrutinising Chinese imports at its ports.

The Chinese Commerce Ministry has called on New Delhi to correct its discriminatory actions against Chinese companies.

According to ministry spokesman Gao Feng, China has not adopted any restrictive or discriminatory measures against Indian products and services, adding India's actions violate WTO rules.

The Indian government has introduced a “Country of Origin” tag for supplies to the government through its online portal Government e-Marketplace in a bid to discourage the purchase of Chinese products.

On 1 July, federal minister Nitin Gadkari said that Chinese companies would not be allowed to participate in highway projects, including joint ventures.

© REUTERS / PLANET LABS INC
Sign of Disengagement? China, India Agree to Withdraw Troops From Forward Areas in Galwan Valley
India and China have long been engaged in border conflicts due to the absence of a marked frontier, having only the loosely demarcated Line of Actual Control marking their territories in the Himalayas since a border war in 1962.

Tensions have recently been exacerbated as a result of clashes that began in May.