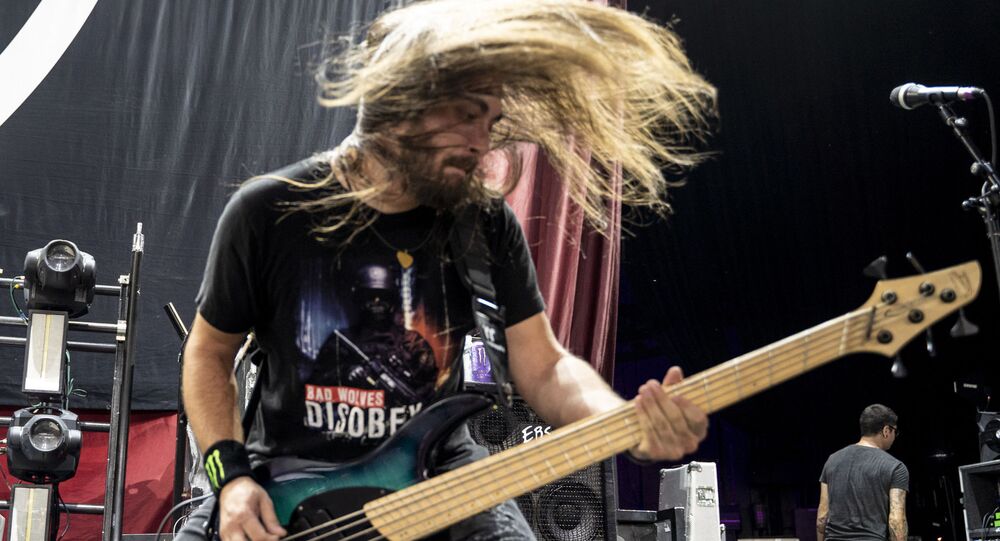 Can American Heavy Metal Help to End the Locust Plague? Nepal’s Agriculture Minister Believes It Can

Parts of East Africa and South Asia have been fighting a locust invasion since the start of the year, with fears about the deteriorating food security situation occupying politicians’ minds. Now, Nepal’s government has reportedly found a peculiar way to get rid of swarms of the famine-causing insects.

American heavy metal music can apparently kill the desert locusts that have been endangering food security in South Asia, Nepalese Minister for Agriculture and Livestock Development Ghanshyam Bhusal suggested during a press conference at Sindhulimadhi, according to DGS Media.

“I have been told on the phone by my brother living in Australia that songs and music will be very effective to control the famine causing locusts”, the minister was quoted as saying.

According to Bhusal, his ministry has already been collecting heavy metal music that apparently could kill these insects “on the spot”. The minister also said that guidelines will soon be prepared about what measures ministers, states and local governments should adopt to control the swarms of locusts.

He did not specify, however, whether the use of heavy metal music would necessarily be included in the guidelines.

© AFP 2020 / VISHAL BHATNAGAR
Indian Professor Explains How Locust Menace Can Be Used to Mint Money
It was reported earlier that Indian farmers had also resorted to a musical option in their fight against famine-inducing insects. They however preferred regional music to American heavy metal, which they played through huge DJ speakers to scare away the swarms of locusts that have flooded the country in the worst insect invasion in over two decades. The effectiveness of this measure has not yet been proven by scientists, neither is it immediately clear which type of music the locusts hate more – but there are plenty of options available.
...
Reddit
Google+
Blogger
Pinterest
StumbleUpon
Telegram
WhatsApp
48
Tags:
United States, locust, India, Australia, Nepal
Community standardsDiscussion