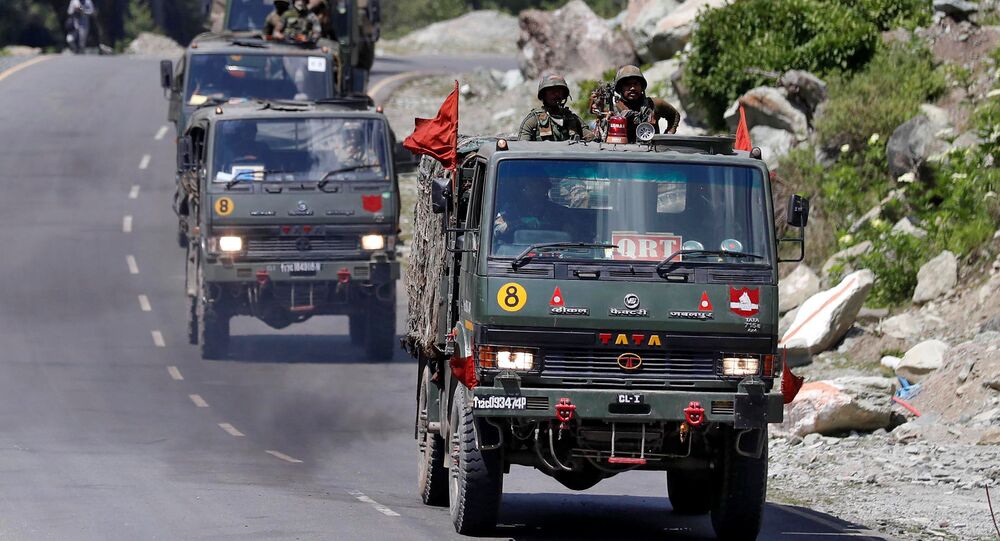 NEW DELHI (Sputnik) - Indian Defense Minister Rajnath Singh will travel to the northern union territory of Ladakh on Friday as tensions continue on the border with China, the Defence Ministry sources said.

"He will take stock of situation as border standoff continues. Defence Minister will interact with troops and commanders. He will visit Leh hospital," sources said.

The minister will be accompanied on the trip by the chief of the Army Staff, Gen. Manoj Mukund Naravane.

In mid-June, Indian and Chinese troops got involved in a deadly confrontation in the Galwan Valley in the border region of Ladakh. Twenty Indian servicemen were killed in the border clash, which also resulted in an unknown number of fatalities for China.

Border conflicts are a permanent fixture of India-China relations, as the countries do not have a marked border but rather the LAC, created after the 1962 war between the nations. However, the tensions became more strained as a result of skirmishes between the countries' border forces starting in May.