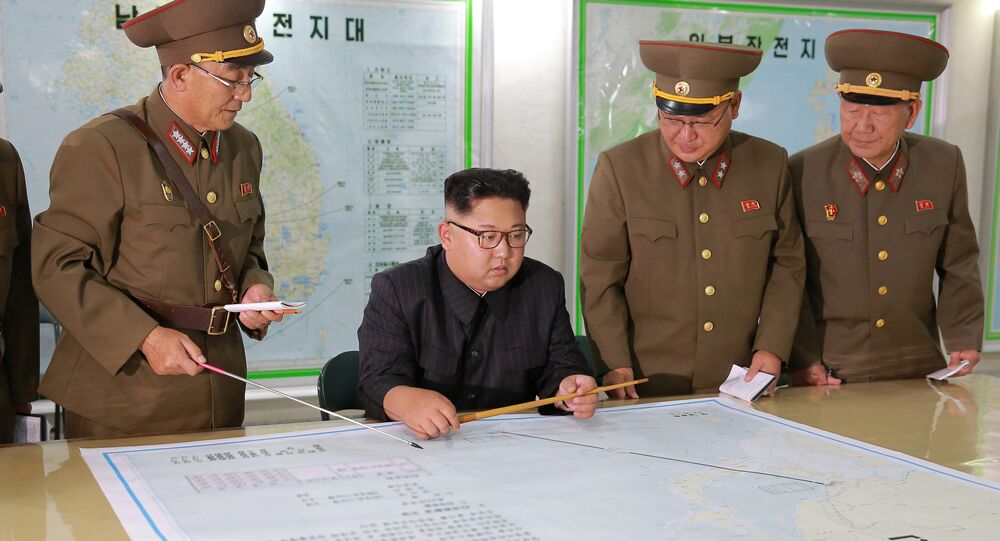 The Russian ambassador also moved to dispel speculations about Kim Jong-un's sister being trained as the next head of state of North Korea, adding that if someone were to ask her whether she was “number two” in the country, she'd answer “with a strong 'no'”.

It seems that the current crisis in relations between Pyongyang and Seoul might have been exacerbated by propaganda leaflets that were launched into North Korea from the South about a month ago.

As Russian ambassador to DRPK Alexander Matsegora explained, a balloon launch that was carried out on 31 May contained provocative imagery aimed at Kim Jong-un's wife, Ri Sol-ju, and evoked “serious outrage” in Pyongyang upon discovery.

"The leaflets bore a special kind of dirty, insulting propaganda, aimed at the leader's spouse," Matsegora said as quoted by AFP, adding that the material in question was photoshopped "in such a low-grade way" and served as "the last straw" for North Korea.

The ambassador also dismissed speculation about Kim's sister, Kim Yo-jong, allegedly being trained as the next North Korea's head of state, pointing out that "no one dares to call themselves number two in the country".

"I think that if you asked comrade Kim Yo Jong whether she was number two, she would answer with a strong 'no'," Matsegora remarked.

In June, South Korean authorities voiced their intent to introduce new laws that would bar activists from launching propaganda leaflets across the border to North Korea, as while police officers are sometimes dispatched to block such activities, Seoul never fully banned them, arguing that the activists were merely exercising their freedoms.

In the meantime, the DPRK, which has criticized South Korea's apparent reluctance to halt the actions of North Korean defectors on numerous occasions, has decided at a Central Committee meeting to start treating Seoul as an "enemy."

Having condemned said balloon launches on several occasions, North Korea eventually proceeded to blow up a liaison office in the border town of Kaesong, while Kim Jong-un's sister stated that the North Korean army "will determine something for cooling down our people's resentment and surely carry it out".