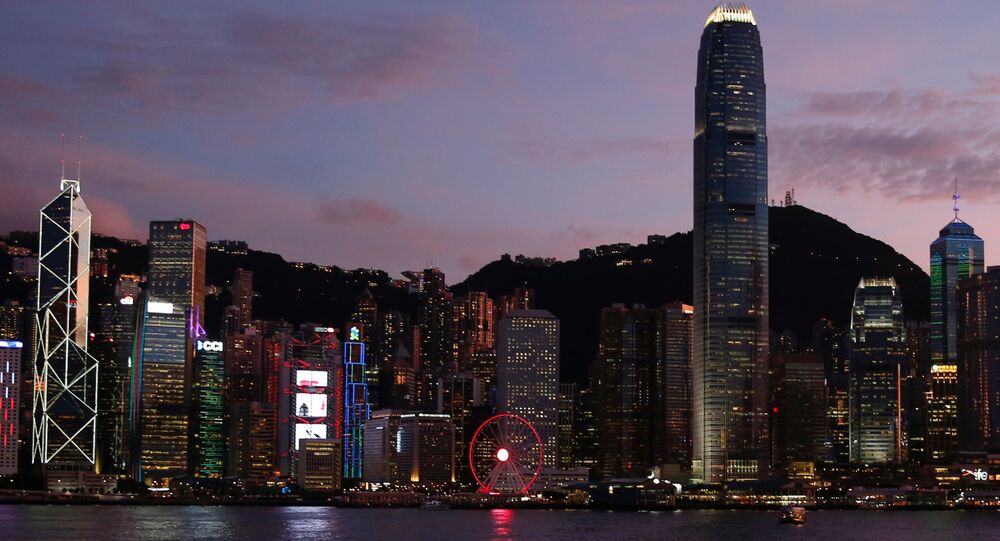 The legislation, supported by Hong Kong leadership, caused protests in the city, as some residents saw it as undermining their liberties. It also drew criticism and sanctions from the United States, despite Beijing repeatedly stating that the matter of Hong Kong is the nation's internal affair and should not be interfered with.

The Chinese parliament unanimously passed a national security law for Hong Kong on Tuesday morning that envisages imprisonment and penalties for acts of what it considers subversion, secession, terrorism or foreign collusion that could threaten national security, according to SCMP.

Approved by the 162 members of the National People's Congress Standing Committee, the law sets a maximum penalty of life-sentence, contrary to earlier limits of 10 years, SCMP reported, citing sources. The Basic Law Committee will reportedly meet "immediately after the standing committee passed the law to discuss its insertion into Annex III of the Basic Law".

The law would make it legitimate to set up mainland security agencies in Hong Kong, and for the committee headed by the chief executive to appoint judges to oversee national security cases, RTHK reported. The chief executive will be supervised by the central government, and the new legislation will be adopted into existing Hong Kong law.

Hong Kong city leader Carrie Lam said it was not appropriate for her to comment on the law, as the discussion of it in Beijing is still ongoing, Reuters reported, noting that she would provide comment as soon as details are unveiled.

The draft of the law is to be published in the afternoon, marking the first time that details will be disclosed to the public, according to the Xinhua news agency. The legislation is expected to come into force on 1 July.

The national security law was introduced last month, causing additional wave of protest in Hong Kong, as some residents fear it will undermine their liberties. Beijing received condemnation from the United States on the legislation, but refuted it, insisting that Hong Kong is internal and is therefore not subject to external interference.

Washington has revoked Hong Kong's special status, ending its defence equipment and "sensitive technology" exports to the former Special Administrative Region and threatening to implement other "measures", while denouncing the national security legislation.