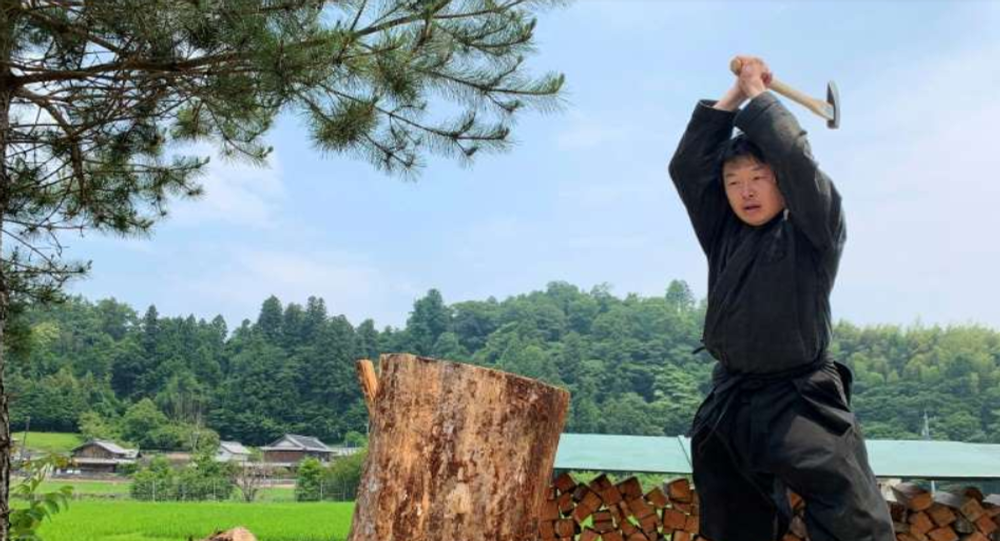 A Japanese university has awarded the first-ever degree in ninja studies.

Students at Japan’s Mie University can now answer the question “can I major in the study of ninjas,” with “shuriken!”

Masters student Genichi Mitsuhashi, 45, spent two years examining historical documents on the true nature of the stealth fighters while perfecting his martial arts skills, reports AFP. In March, he completed the master's course at Mie University in central Japan. Part of Mie Prefecture was once known as Iga Province and is considered to be where ninjas originated from.

Mitsuhashi previously studied rural development at Kyoto University's graduate school, and started learning kung fu, Shorinji Kempo and other martial arts in high school and continued into his 20s, when he became interested in knowing more about ninjas. In addition to practicing those skills while he studied at Mie University, he also absorbed and embodied the lifestyle and complex traditions of the feudal martial arts experts, telling AFP that he took all elements of being a ninja seriously, including the ones that don’t show up in movies.

“I read that ninjas worked as farmers in the morning and trained in martial arts in the afternoon,” he said, adding that “with this combination, I thought I could learn about the real ninja.”

Therefore, Mitsuhashi grew vegetables and worked on his martial arts techniques, in addition to his detailed ninja studies in the classroom.

Ninjas are famous for being black-clad assassins who are incredibly secretive and stealthy, meaning they also had "comprehensive survival skills," he added. The concept of the ninja is believed to have originated in the early 15th century, when feudal lords hired mercenary spies to infiltrate opposing castles and obtain information.

Yuji Yamada, a professor in Mie University’s Faculty of Humanities who is an expert on the topic of ninjas, described Mitsuhashi to the Asahi Shimbun newspaper as “a real role model for graduate students who study ninja” because of the way he blended in with the local community.

Yamada pointed out for those who may be interested that the course aims to help students learn about ninjas, not “become one,” AFP reported.