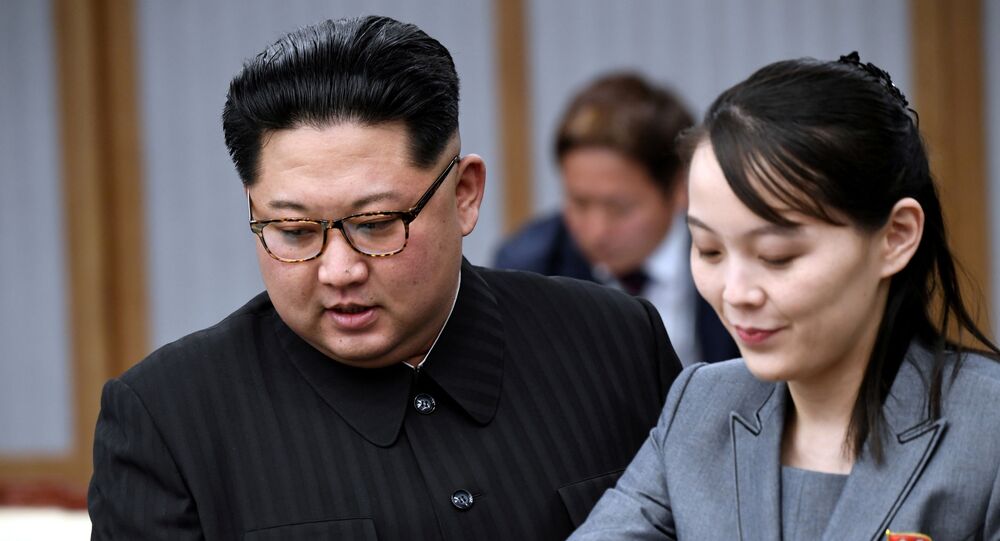 Following the mysterious disappearance of Kim Jon-un from public radars in April and reappearance in May, North Korea took a u-turn in relations with its southern neighbour that culminated in the destruction of the inter-Korean liaison office in Kaesong last week.

Japanese Defence Minister Taro Kono has suggested that the DPRK's recent actions regarding South Korea can be explained by a set of internal factors affecting the country's foreign policy. Kono named purported health issues of Kim Jong-un, which so far have not been confirmed, and economic problems caused by a bad harvest in 2019, as one of the main reasons.

"We have some suspicion about his health […]  The economy in North Korea is not doing well, so Kim Jung-un or his regime need some scapegoat so that people would look outside of North Korea", the Japanese official said.

The defence minister went on to suggest that North Korea is struggling to contain the spread of the COVID-19 pandemic, despite Pyongyang officially denying the presence of the disease in the country. Kono supported his allegations by suggesting that the pandemic was the reason behind Kim Jong-un's rare public assurances purportedly caused by fears of catching the virus.

The Japanese official said that at the moment the country is gathering information about the situation within the country following the recent clash with its southern neighbour. Last week, following the cessation of ties with Seoul, the DPRK demolished the inter-Korean liaison office in the border town of Kaesong, threatening South Korea with military action if the country's activists continue provocations involving anti-DPRK propaganda leaflets being floated over the border via balloons.

The threat of "military action" was made by the DPRK leader's sister, Kim Yo-jong, who is widely regarded in the media as gaining political strength rand by some journalists as rivalling the positions of her brother. The threat was, however, called off soon after the demolition of the liaison building, which was the key line of communication between the two states.