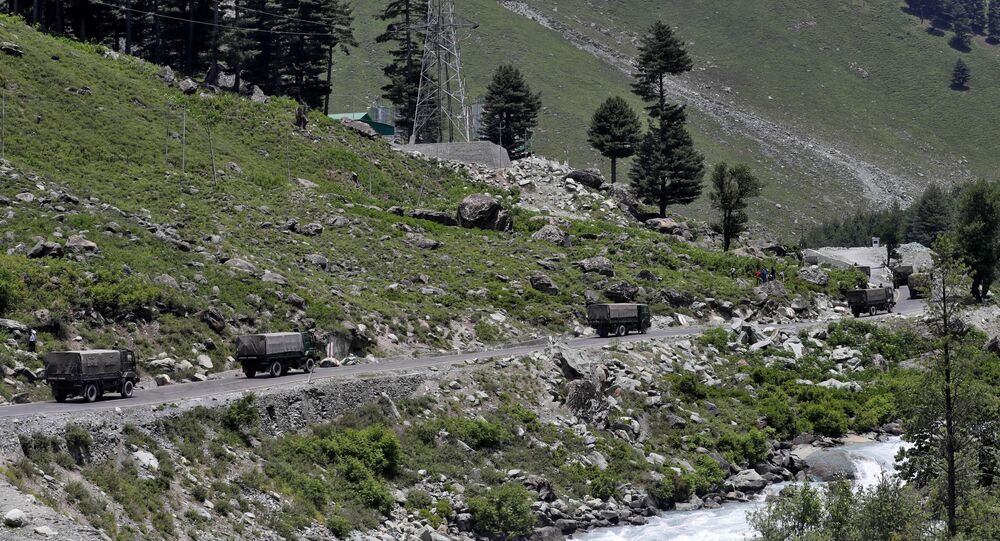 MOSCOW (Sputnik) - The continuous confrontation at the so-called Line of Actual Control (LAC) in the border region of Ladakh, which demarcates India's and China's territories in the Himalayas, will worsen relations between the two neighbouring countries, the Indian Ministry of External Affairs said on Friday.

"The maintenance of peace and tranquillity in the border areas is the basis of our bilateral relationship. It is imperative that the established mechanisms are used by both parties to address the current situation. The meeting of the Working Mechanism for Consultation & Coordination on India-China Border Affairs (WMCC) yesterday [Thursday] was, therefore, a significant development. It was preceded by a discussion among senior military commanders on 22 June that focused on implementation¬¬ of the understandings reached between them on 6 June 2020", spokesman Anurag Srivastava said in a statement.

The spokesman added that the top Indian and Chinese diplomats discussed the recent developments on June 17, having agreed that the issue would be handled responsibly by both sides.

"We expect that the Chinese side to sincerely follow up on this understanding and ensure the expeditious restoration of peace and tranquillity in the border areas. A continuation of the current situation would only vitiate the atmosphere for the development of the relationship", Srivastava added.

The diplomat noted that after the deadly incident in the Galwan Valley, both countries increased the number of servicemen in the region, and military and diplomatic contacts to resolve the situation are currently underway.

© REUTERS / Danish Ismail
New Delhi Rejects 'Exaggerated' Chinese Sovereignty Claims Over Galwan Valley
At the beginning of June, Lt. Gen. Harinder Singh, the commander of the Indian army's 14th corps and Maj. Gen. Lin Liu of China's People's Liberation Army group in the South Xinjiang Military Region met to discuss the recent tensions in the border region between the two countries, agreeing on the need to settle the matters at the border by peaceful means and carry on military and diplomatic contacts.

However, in mid-June, Indian and Chinese troops became involved in a deadly confrontation in the Galwan Valley, located in Ladakh. Twenty Indian servicemen were killed in the border clash, which also resulted in an unknown number of fatalities for China.

India-China relations have long suffered border conflicts, as the countries do not have a marked border but rather the LAC, created after the 1962 war between the nations. However, the tensions have become more strained as a result of clashes between the countries' border forces starting in May.