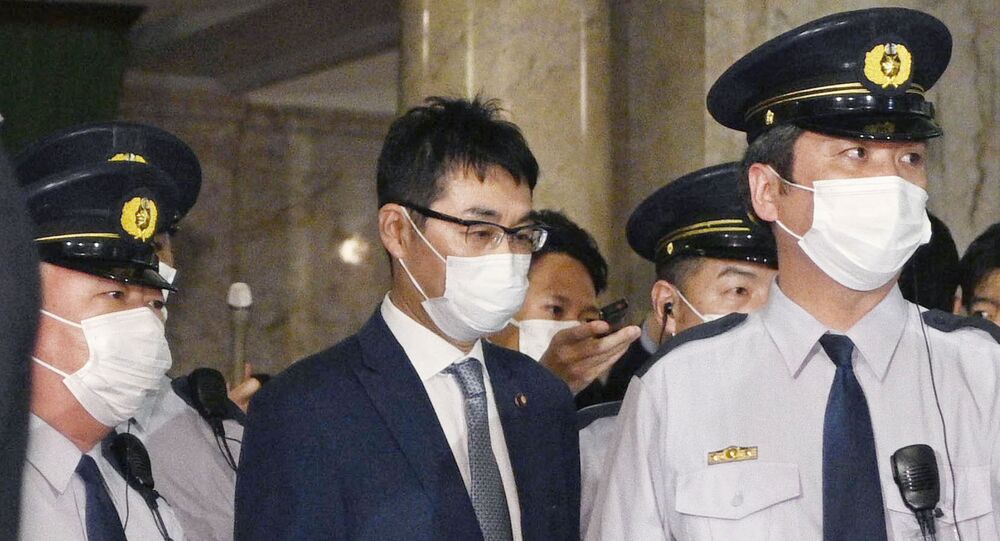 TOKYO (Sputnik) - The approval level of Japanese Prime Minister Shinzo Abe's cabinet continues dropping and has hit a low of 36.7 percent following the arrest of former minister of justice Katsuyuki Kawai and his wife Anri Kawai, both members of parliament, media in Japan reported on Sunday.

According to the Kyodo news agency, citing a nationwide telephone survey conducted on Saturday and Sunday among 729 households with eligible voters, the approval rating of the Abe cabinet has dropped 2.7 percentage points month-on-month to 36.7 percent, which, as stated in the report, is the second lowest figure since 35.8 percent recorded in July 2017.

Another scandal last October saw Katsuyuki Kawai dismissed as justice minister. Back then, his wife Anri found herself in the midst of allegations that she breached Japan's electoral law last year by paying more than allowed to staffers of her husband's electoral campaign.

The Kawais were arrested on Thursday over allegations that they solicited support of local politicians during the upper house elections last summer by paying them millions of yen in cash. Shortly before the arrest, Katsuyuki and Anri Kawai left Abe's ruling Liberal Democratic Party, but kept their seats in the lower and upper houses, respectively.