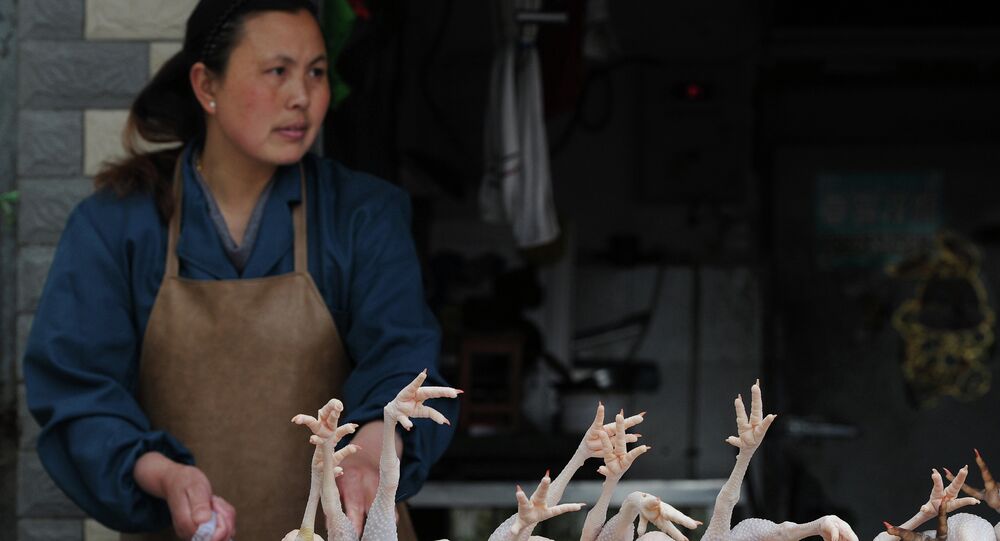 In mid-January, the United States and China struck the Phase One trade agreement. Beijing agreed to increase purchases of US goods and services by $200 billion over the next two years.

Chinese customs said that it had suspended imports of poultry products into the country from a plant owned by US meat supplier Tyson Foods.

The move came after the company confirmed it had discovered a COVID-19 infection at the plant in Arkansas, the General Administration of Customs said on its website.

All products from the Tyson plant that arrive in China or have already arrived will be seized by Customs, according to the customs' statement.

Tyson Foods Inc. said on Friday that more than 13% of its employees in Arkansas have tested positive for COVID-19. Out of 3,748 workers, 481 were infected, the company said.

Since the beginning of the coronavirus pandemic in March, Tyson Foods has temporarily halted activity at several plants to deep clean and ensure compliance with US federal guidelines, as many of its personnel tested positive and fell ill with the virus.

Earlier, several US media sources published excerpts obtained from copies of former White House National Security Adviser John Bolton's book, "Room Where It Happened: A White House Memoir," before its scheduled release on 23 June. In the book, Bolton claims that Donald Trump committed crimes, including asking China for help in the 2020 election.