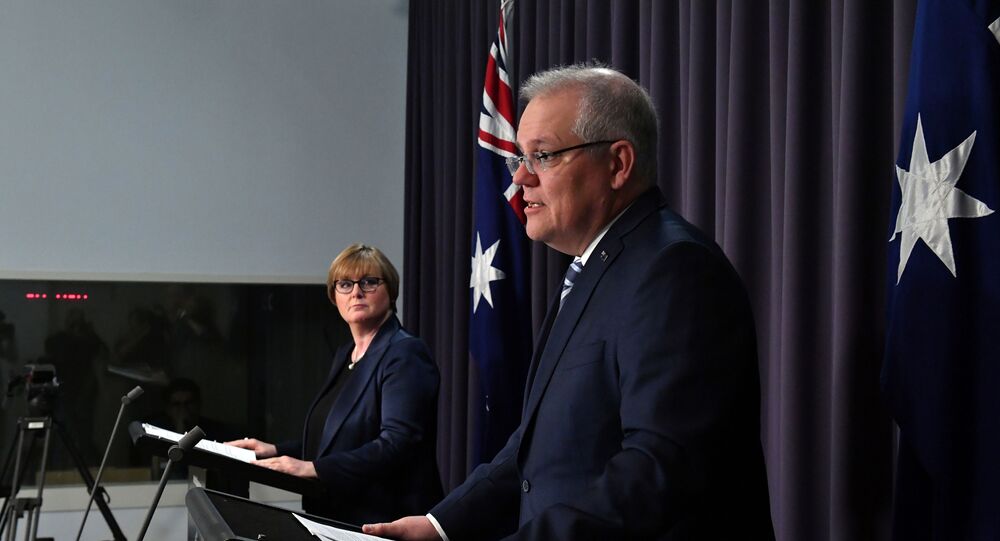 Prime Minister Scott Morrison said on Friday that foreign hackers targeted “all levels” of Australia's government but stopped short of naming the suspects. Some experts blame China, which denies the accusations.

Scott Morrison has stated that an unnamed “sophisticated state-based actor” was behind a large-scale digital attack on Australian government system businesses and service providers.

The two unidentified officials told ABC they believe the malicious cyber campaign was payback for Australia’s 2018 ban on Huawei and other Chinese companies from providing 5G technology for the country’s wireless mobile phone networks.

The ban followed intense lobbying efforts by the United States, which is accusing Huawei of spying on users through backdoors in its equipment, a charge the company vehemently denies. The US has yet to provide evidence to back up its claims.

One of the officials said there was evidence to suggest that the attackers were linked to China’s intelligence agency, the Ministry of State Security (MSS).

However, cyber security analyst Robert Potter said the attacks were “so simple that it frustrates out ability to make complete attribution” to the MSS.

The malicious cyber campaign, which apparently sought to steal users’ details through fake harvesting websites and fishy links, overlapped with a period of deterioration in Australia’s relations with China.

China has warned its tourists against travelling to Australia because of an alleged spike in “racial discrimination and violence” against Chinese and Asian people in the country during the coronavirus pandemic.

Last month, China imposed a crippling import tax on Australian barley, which could cost the Australian economy $340 million. Canberra in response threatened to launch a legal challenge in the World Trade Organisation.

The trade dispute, which stems from a 2018 anti-dumping investigation by China into its domestic barley industry, flared up around the same time Australia pushed for an independent inquiry into the source of the new coronavirus. Scott Morrison at the time said that it wasn’t meant to blame any country, but China hit back against the initiative, calling it a “political manoeuvre”.

Although Scott Morrison stopped short of naming the government or governments suspected of being behind the recent attack, some experts believe it to be China.

Peter Jennings, executive director of the Australian Strategic Policy Institute (ASPI), a think-tank, claimed on Friday that only China had the capability and interest in targeting Australia. “I’m absolutely certain that China is behind it,” he said.

Chinese Foreign Ministry spokesperson Zhao Lijian rejected the accusations as “baseless nonsense”, saying that China has “been opposing and combating all types of cyber attacks.” Lijian also pointed out that the ASPI receives funding from US arms companies (those include Lockheed Martin and Northrop Gruman, according to the think tank’s website).