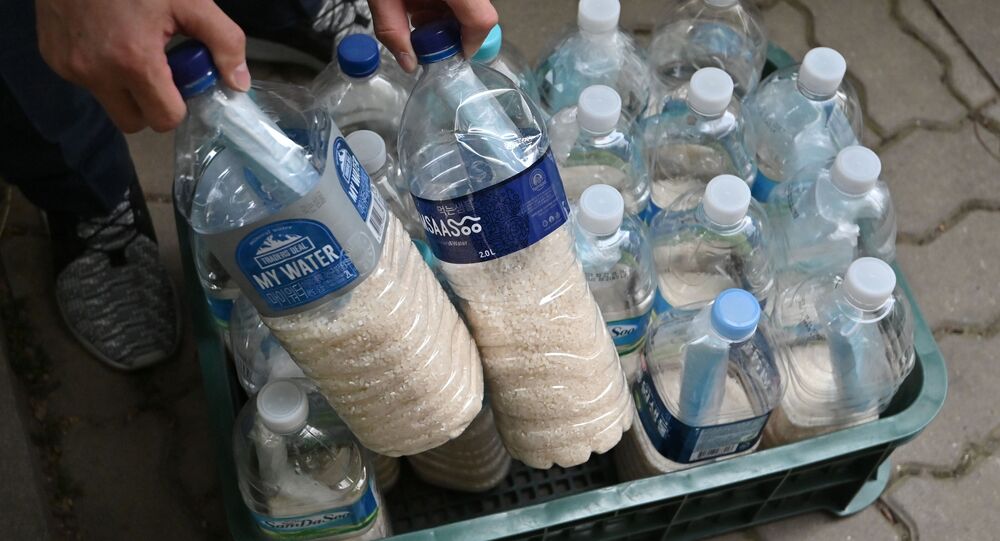 MOSCOW (Sputnik) - A group of North Korean defectors, Keunsaem, decided on Friday to briefly suspend the anti-Pyongyang campaign of sending bottles with rice across the border amid the recent spike in inter-Korean tensions, the state-run South Korean Yonhap news agency reported on Friday.

According to the media outlet, North Korean activists express their right to freedom by sending rice and leaflets criticising policies of Chairman Kim Jong-un. However, the campaign was put on hold amid Pyongyang's threats over such activity.

Tensions on the peninsula escalated after North Korea cut off communications with its southern neighbour and blew up on Tuesday the joint liaison office in the border town of Kaesong.

According to Pyongyang, the move was in line with "the mindset of the enraged people" over the campaign by North Korean defectors sending propaganda leaflets across the border.

The news agency added that Seoul urged the Keunsaem activists to suspend leafleting, as it could further anger Pyongyang and undermine the safety of people living near the border.

On Wednesday, North Korea’s General Staff said that it would redeploy troops to Kaesong and the Mount Kumgang joint tourist zone on the east coast, as well as restore guard posts in the demilitarised zone, which were removed after an inter-Korean summit in 2018.