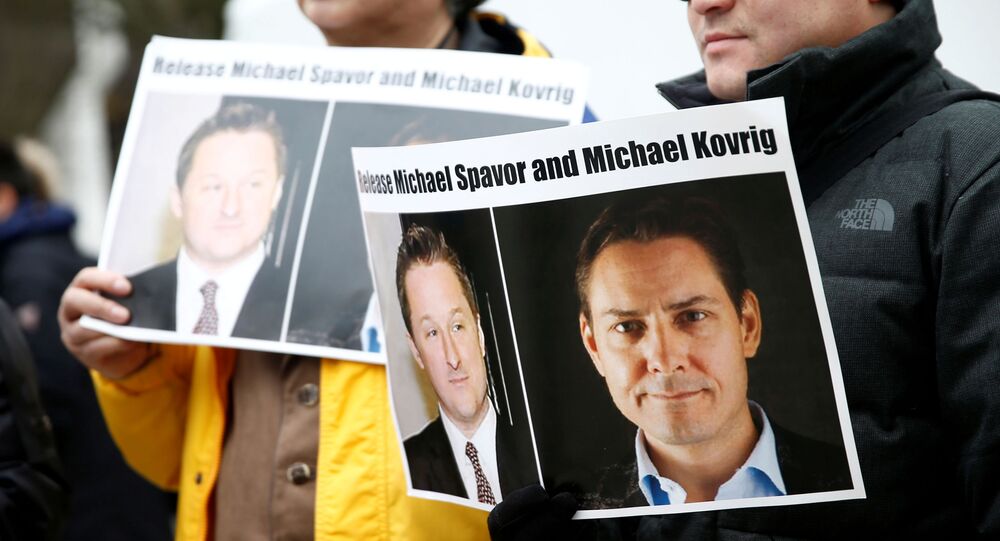 The spat between Canada and China started after Huawei executive Meng Wanzhou was arrested in Vancouver at the request of the United States. Washington had accused her of assisting Tehran to bypass anti-Iranian sanctions.

Chinese authorities have formally charged former Canadian diplomat Michael Kovrig and businessman Michael Spavor with espionage, 18 months after their arrest. Kovrig's case is being handled by prosecutors in Beijing, and Spavor's in the northeastern province of Liaoning.

Both Canadians were arrested in December 2019, after Ottawa arrested Meng Wanzhou - Huawei Technologies Co chief financial officer and daughter of the company founder in Vancouver on a US warrant. In May 2020, she lost a legal bid to avoid extradition to the United States, where Meng faces bank fraud charges for "violating anti-Iranian sanctions".

China's Foreign Ministry has repeatedly urged the Canadian authorities to "correct their mistake" and release Meng.