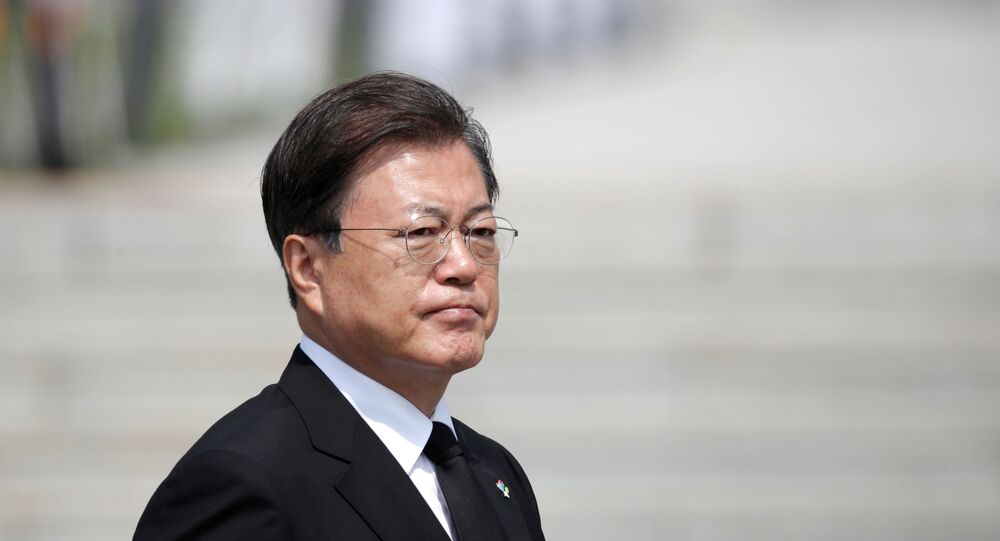 Earlier, Unification Minister Kim Yeon-chul offered to step down to take responsibility for the decline in the relationship between Seoul and Pyongyang after North Korea blew up a North-South liaison office at Kaesong.

The president of South Korea, Moon Jae-in, on Friday accepted the resignation of Unification Minister Kim Yeon-chul, according to the Yonhap news agency.

Several days before, Kim offered to step down from his position, saying that he was "sorry for failing to live up to the demands and expectations of our people for peace and prosperity on the Korean Peninsula".

Moon formally approved Kim's resignation at around 10:40 a.m. local time, according to Blue House spokesman Kang Min-seok, cited by Yonhap. He did not reveal plans for the appointment of Kim's successor.

The Unification Minister's resignation came after North Korea demolished the North-South liaison office in the border town of Kaesong on 16 June under the pretext of Seoul sending "propaganda leaflets" over the border. The move came three days after Kim Jong-un’s sister, Kim Yo-jong, threatened to destroy the "useless" channel.

After the move, Pyongyang announced that it would resume military exercises near the area of the Korean Demilitarized Zone (DMZ), intending to re-enter border areas disarmed after a series of inter-Korean agreements. Shortly after the announcement, reports emerged that North Korea had dispatched troops to several empty guard posts in the DMZ.

South Korea expressed "strong regret" over the escalation of tensions, warning Pyongyang that "it will pay a corresponding price" if real military action is taken.