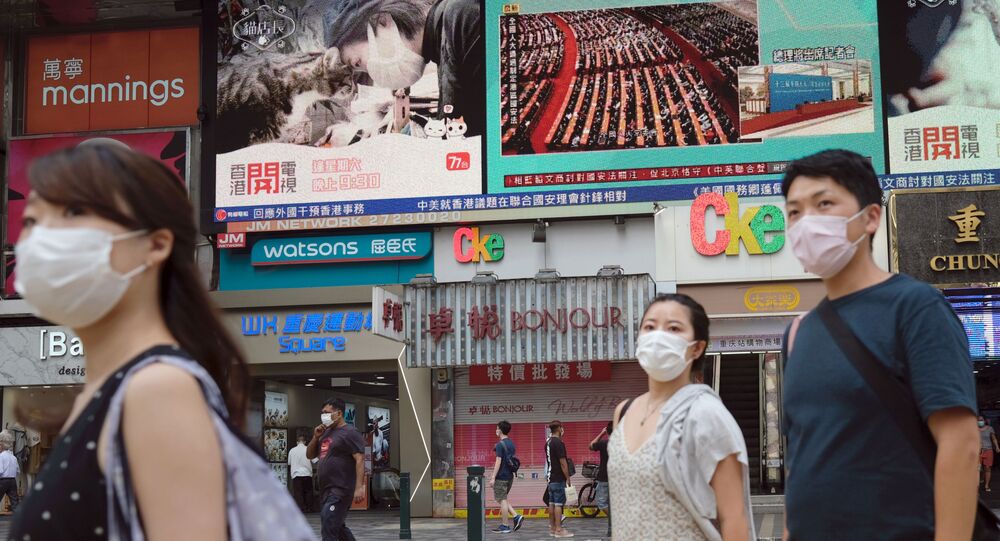 Washington has launched a new campaign against two US tech giants as tensions increase with Beijing over the latter's domestic security concerns and US president Donald Trump's ongoing trade war with China.

The US Department of Justice urged on Wednesday to shift a high-capacity undersea data cable network with US tech giants Facebook and Google from a proposed landing station in Hong Kong.

The US DoJ recommended that the Pacific Light Cable Network (PLCN) connect the Philippines and Taiwan, but not the Chinese special administrative region, citing security concerns over Beijing's National Security Law entering force in August.

The fibre optic network would "encourage encourage U.S. communications traffic crossing the Pacific to detour through Hong Kong before reaching intended destinations in other parts of the Asia Pacific region", the US DoJ said in a statement.

The PLCN's proposed landing station in Hong Kong could "expose US communications traffic to collection", recommendations to the Federal Communications Commission alleged.

But the DoJ echoed comments from Secretary of State Mike Pompeo, accusing Beijing of "actions to remove Hong Kong's autonomy" as well as potentially allowing "intelligence and security services" to operate in the region.

The news comes after Google and Facebook announced in 2016 plans to work with Chinese companies for the Trans-Pacific cable between Los Angeles and Hong Kong spanning 12,800 kilometres and facilitating a transfer rate of 120 terabytes per second (120m megabytes).

The news comes as the Trump administration extended a trade ban against Beijing, namely against Chinese telecoms such as Huawei, ZTE and over 70 others placed on an Entity List in May last year, citing national security concerns.

The trade ban has resulted in a major tech race between the two superpowers as China aims to reduce dependence on US tech firms and processors produced by allies.

Officials in Washington have routinely accused the world's largest IT equipment provider of spying at the behest of the Chinese government, which both Beijing and Huawei have slammed as false and demanded the US to provide evidence.

The US has not submitted evidence or provided an official report backing its claims, a Huawei official told Sputnik in June.

Rise of 'Next Geopolitics' to Explore How Tech, AI Will 'Reconfigure' World Order, Futurist Says